Today, I gave a presentation in the Wisconsin Alumni Association’s Global Hot Spot series, entitled America’s Macroeconomic Policies and the Global Economy. One figure from the presentation bears highlighting. 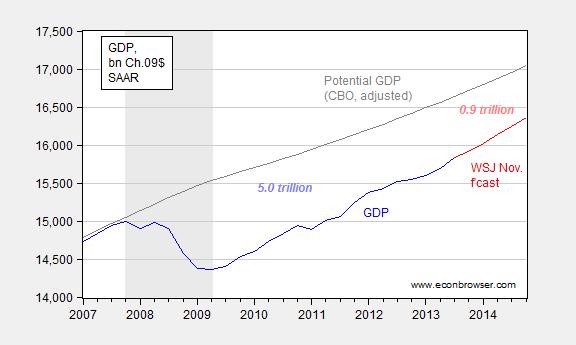 Note that the potential GDP series is my adjusted series. CBO has not released an official series consistent with the recent BEA benchmark, which incorporates intellectual property; it may be that I have over-estimated potential relative to what CBO is planning to publish, but the general magnitudes are likely similar.

Could we do more to close the gap? I think so — see here; and also here, regarding extending emergency unemployment benefits.