Today, the Wisconsin Department of Workforce Development released establishment data benchmarked to data from the Quarterly Census of Employment and Wages through September of 2016. Briefly, Wisconsin employment continues to lag the Nation, and its neighbor Minnesota. 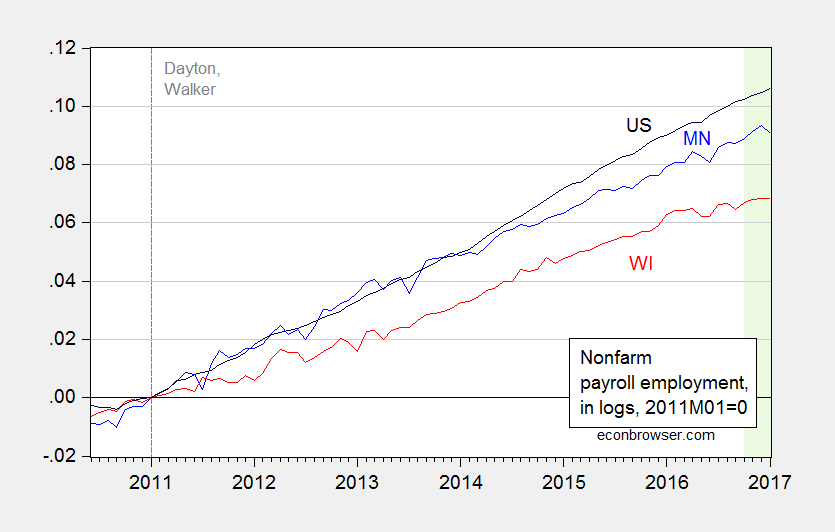 The DWD release is here.

As I predicted in August, a chunk of the earlier employment surge has been “revised away” in the wake of the QCEW release (in which Wisconsin ranked 33rd in employment growth through September.) 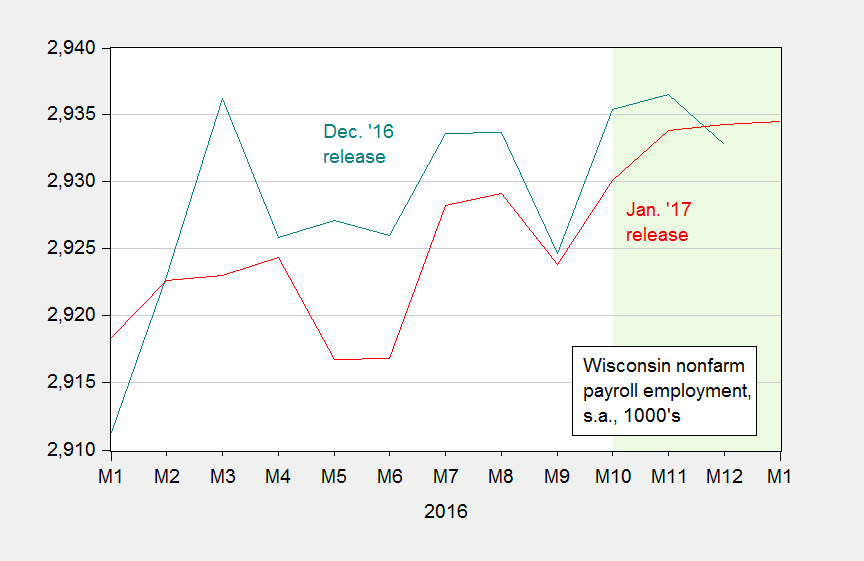 8 thoughts on “Wisconsin Benchmarked Employment through January: Flat since April”