The Economic Outlook Ranking is a forecast based on a state’s current standing in 15 state policy variables. Each of these factors is influenced directly by state lawmakers through the legislative process. Generally speaking, states that spend less—especially on income transfer programs—and states that tax less—particularly on productive activities such as working or investing—experience higher growth rates than states that tax and spend more.

However, the ranking has essentially no predictive power for subsequent growth, as measured by employment (dlempl) or real GDP (dlrgdp). This is shown in the table. The variable rsps is the ranking provided by Rich States, Poor States, with lower values indicating a purportedly better business environment. 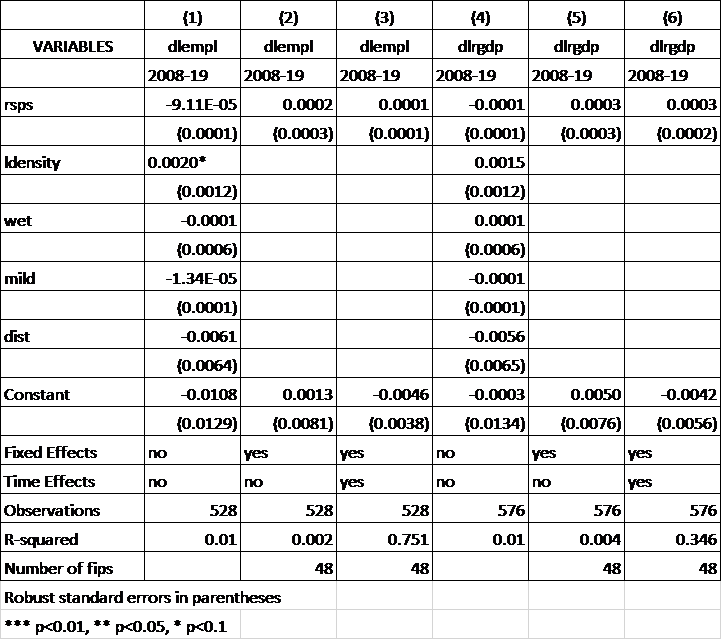 This is part of my assignment for Public Affairs 819 statistics course. Results for other indices are here. You can conduct your own analysis with the data here (Stata .dta file).