BEA has just released state level GDP for 2020Q4. Wisconsin is down slightly more than the US overall (3% vs 2.4%) relative to NBER peak at 2019Q4, and for 2020 overall at approximately the level forecasted in November. Manufacturing had recovered to prior peak, while accommodation and food services were down 27.6% (all percentages calculated as log differences). 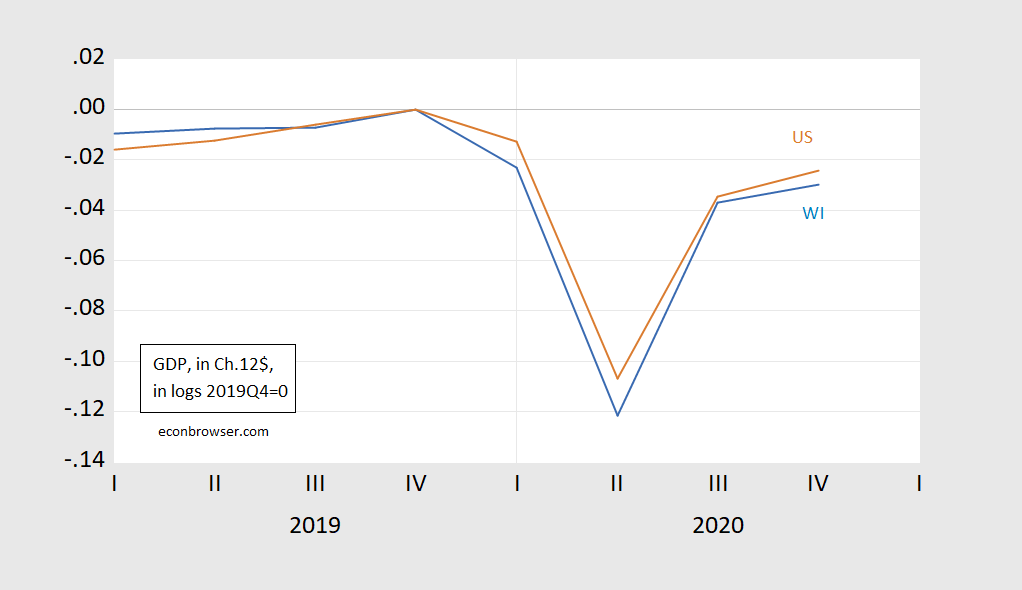 Actual Wisconsin GDP (in billions of Chained 2012$, SAAR) is shown in Figure 2, with the Wisconsin Department of Revenue’s November forecast (in the Economic Outlook) shown in red squares as the annual average GDP. 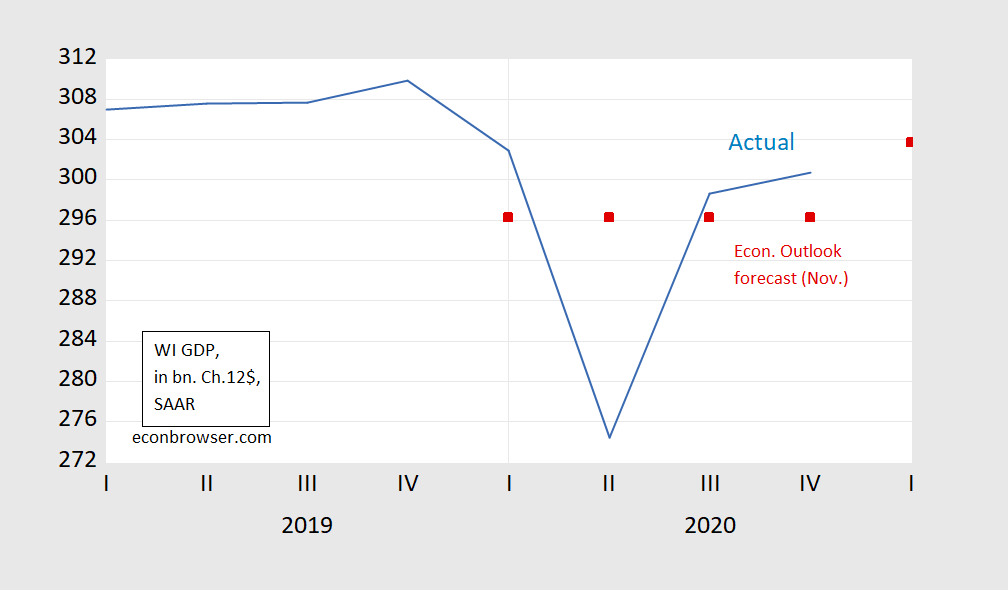 The gap between the recovery in goods production as represented by manufacturing and high contact services such as accommodation and food services widened in the fourth quarter. 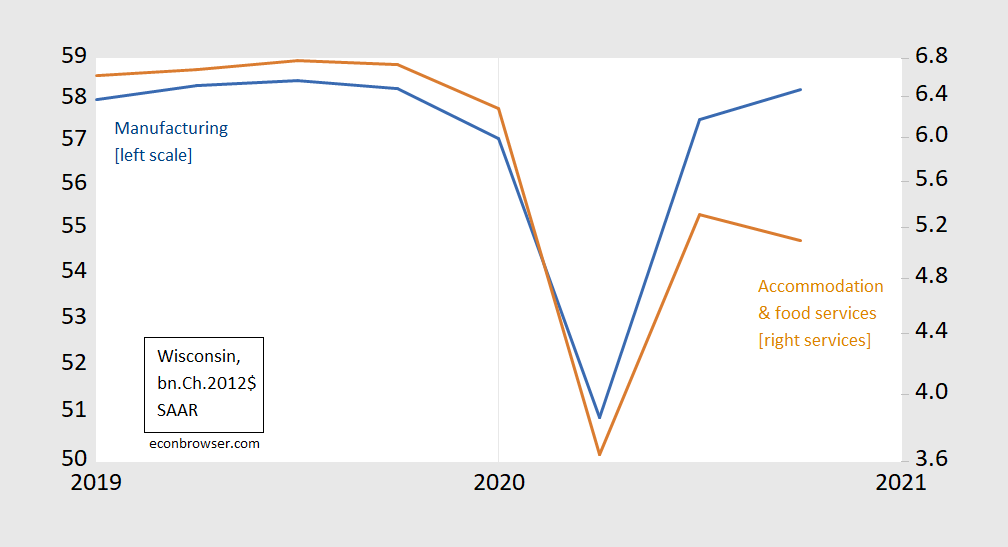 While manufacturing output has re-attained its prior peak level, accommodation and food services output is now down 27.6% in log terms (or down 24.1% calculated using 2019Q4 levels as the base).

Since employment in both sectors (as measured by the establishment survey) has trended sideways in January and March, it seems likely that this gap has not shrunk so far in 2021Q1.

Finally, Wisconsin spending at the state and local levels is lower, relative to 2019Q4, than the corresponding value for the nation. 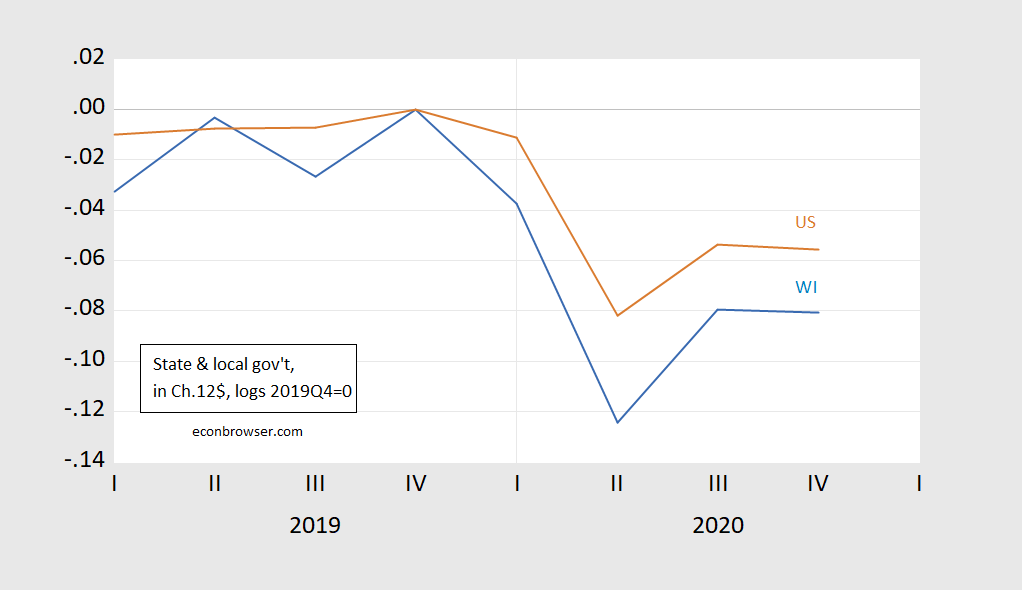 Figure 4. Wisconsin state and local government spending on goods and services (blue), and US (brown), in Ch.2012$, normalized to 2019Q4=0. Source: BEA and author’s calculations.

Wisconsin is down 8.1% vs. 5.6% nationwide. While the recent ARP Act provides funds to buttress state government finances, it remains to be seen if the legislature will actually act to use those funds.

1 thought on “Wisconsin GDP in Q4”