How the gold standard contributed to the Great Depression.

There always seem to be voices raising the possibility that a return to a monetary gold standard could solve all our problems. Among those championing this meme this week were
Chris Mayer at Daily Reckoning, Robert Blumen at Mises Economics Blog, and some of my fellow blogjammers.

Under a pure gold standard, the government would stand ready to trade dollars for gold at a fixed rate. Under such a monetary rule, it seems the dollar is “as good as gold.”

Except that it really isn’t– the dollar is only as good as the government’s credibility to stick with the standard. If a government can go on a gold standard, it can go off, and historically countries have done exactly that all the time. The fact that speculators know this means that any currency adhering to a gold standard (or, in more modern times, a fixed exchange rate) may be subject to a speculative attack.

After suspending gold convertibility in World War I, many countries stayed off gold and experienced chaotic fiscal and monetary policies in the early 1920’s. Many observers reasoned then, just as many observers reason today, that the only way to restore fiscal and monetary responsibility would be to go back on gold, and by the end of the 1920’s, most countries had returned to the gold standard.

I argued in a paper titled, “The Role of the International Gold Standard in Propagating the Great Depression,” published in Contemporary Policy Issues in 1988, that counting on a gold standard to enforce monetary and fiscal discipline in an environment in which speculators had great doubts about governments’ ability to adhere to that discipline was a recipe for disaster. International capital flows became more erratic, not less, as doubts were raised about whether first the pound would be devalued and then the dollar. Britain gave in to the speculative attacks and abandoned gold in 1931, whereas the U.S. toughed it out by deliberately raising interest rates in 1931 at a time when the economy was already near free fall.

Because of this uncertainty, there was a big increase in demand for gold, the one safe asset in this setting, which meant the relative price of gold must rise. If everybody is trying to hoard more gold, you’re going to have to pay more potatoes to get an ounce of gold. Since the U.S. insisted on holding the dollar price of gold fixed, this meant that the dollar price of potatoes had to fall. The longer a country stayed on the gold standard, the more overall deflation it experienced. Many of us are persuaded that this deflation greatly added to the economic difficulties of those countries that insisted on sticking with a fixed value of their currency in terms of gold.

Ben Bernanke and Harold James, in a paper called “The Gold Standard, Deflation, and Financial Crisis in the Great Depression: An International Comparison” published in 1991 (NBER working paper version here), noted that 13 other countries besides the U.K. had decided to abandon their currencies’ gold parity in 1931. Bernanke and James’ data for the average growth rate of industrial production for these countries (plotted in the top panel above) was positive in every year from 1932 on. Countries that stayed on gold, by contrast, experienced an average output decline of 15% in 1932. The U.S. abandoned gold in 1933, after which its dramatic recovery immediately began. The same happened after Italy dropped the gold standard in 1934, and for Belgium when it went off in 1935. On the other hand, the three countries that stuck with gold through 1936 (France, Netherlands, and Poland) saw a 6% drop in industrial production in 1935, while the rest of the world was experiencing solid growth.

A gold standard only works when everybody believes in the overall fiscal and monetary responsibility of the major world governments and the relative price of gold is fairly stable. And yet a lack of such faith was the precise reason the world returned to gold in the late 1920’s and the reason many argue for a return to gold today. Saying you’re on a gold standard does not suddenly make you credible. But it does set you up for some ferocious problems if people still doubt whether you’ve set your house in order.

Nevertheless, I’m willing to grant Tim Iacono that the stuff is pretty. 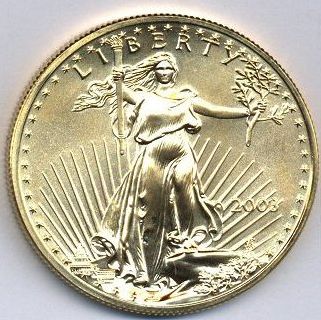 40 thoughts on “The gold standard and the Great Depression”