Production of oil by means of fracturing shale and other tight formations is the main reason. The EIA drilling productivity report estimates that production from the Permian, Eagle Ford, Bakken, and Niobrara– the main tight oil producing areas– was 1 mb/d higher in 2014 compared to the previous year. I used that estimate to update my graph of U.S. production by source. The tight oil story is pretty dramatic. 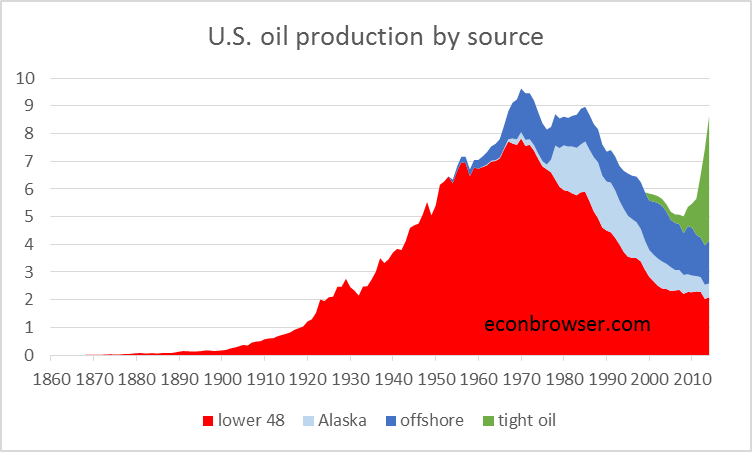 And it seems to be continuing. The February drilling report estimates production from those 4 regions will be almost 0.3 mb/d higher this month than it was in December. That’s leading to record levels of U.S. inventories.

How much longer will production keep going up? Much of the new production can’t be profitable at current prices, and the number of drilling rigs operating in the tight oil areas has fallen 12% since September. 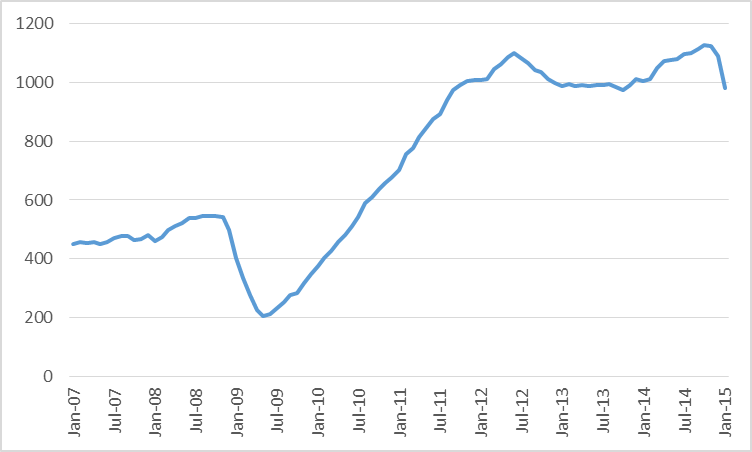 That presumably means less than a 12% reduction in production from new wells, for two reasons. First, it is the least promising new prospects that will be cut first. Second, there has been a learning curve improving productivity of new wells. 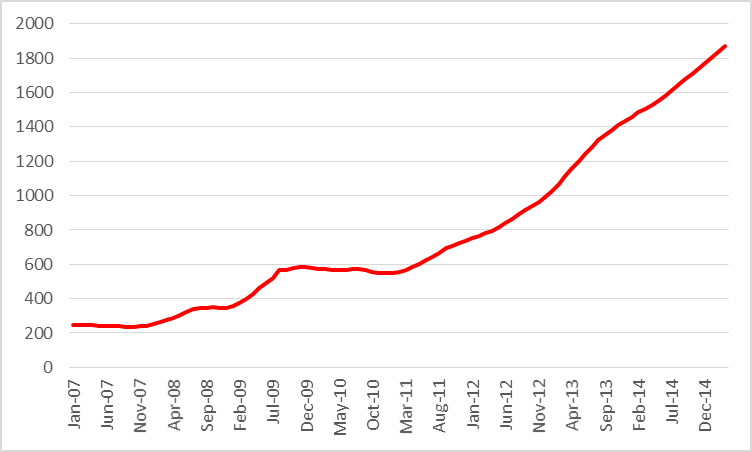 Working against these is the fact that production from existing wells continues to decline. But at the moment, it seems further adjustments on the part of drillers will be necessary in order to bring the supply of oil in balance with the demand.