One of the ways economists have tried to estimate the effects of the Fed’s program of large-scale asset purchases (LSAP) is using event studies of how the market responds in the thirty minutes following Fed statements of changes in the program. Yesterday’s announcement from the Federal Reserve that it is starting a gradual process of reducing its balance sheet gives us one new data point for such efforts.

Here’s what happened to the yield on 10-year Treasuries yesterday as measured by the TNX contract on the Chicago Board Options Exchange (divide by 10 to translate into the annual interest rate in percentage points, and remember this is reported in Central Daylight Time). The long-term interest rate rose about 3 basis points (0.03%) in response to the news, consistent with the conclusion from earlier event studies that expansions of LSAP bring the interest rate down while contractions (like was announced yesterday) drive it up. 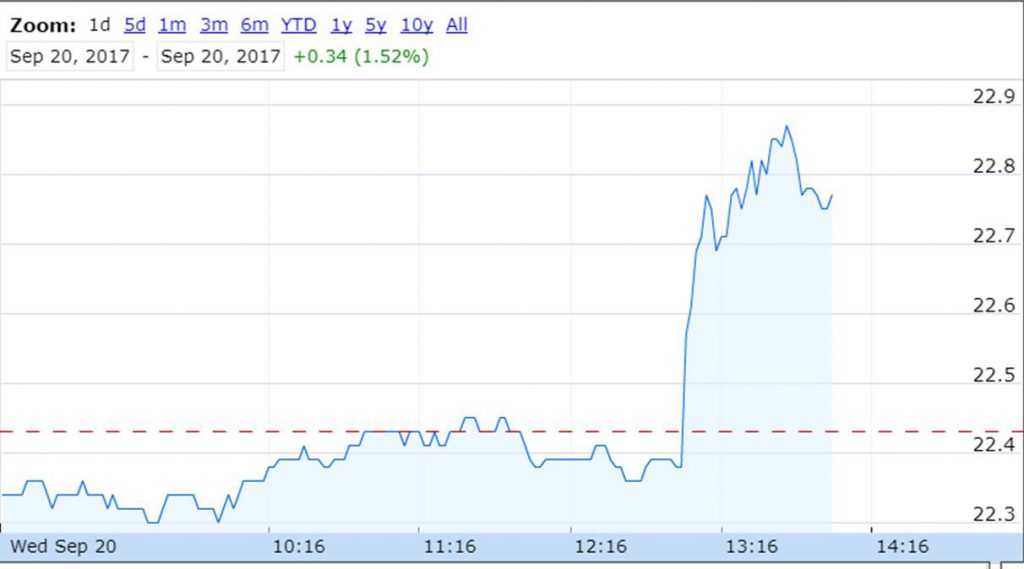 And here’s another problem with the natural interpretation of the figure above. LSAP is supposed to work through long-term interest rates, like the 10-year yield. But in the same 30 minutes following the FOMC statement that the 10-year rate was moving up, the price of a futures contract based on the average effective fed funds rate during January was also moving in the direction of a higher fed funds rate expected for January (subtract the number in the graph below from 100 to get an expected fed funds rate for January). The January fed funds rate is entirely driven by decisions the Fed will make at its next few meetings, and should have nothing to do with LSAP. The real news in yesterday’s announcement was not the balance-sheet unwind, but more confidence that the Fed will continue to hike the short-term interest rate. 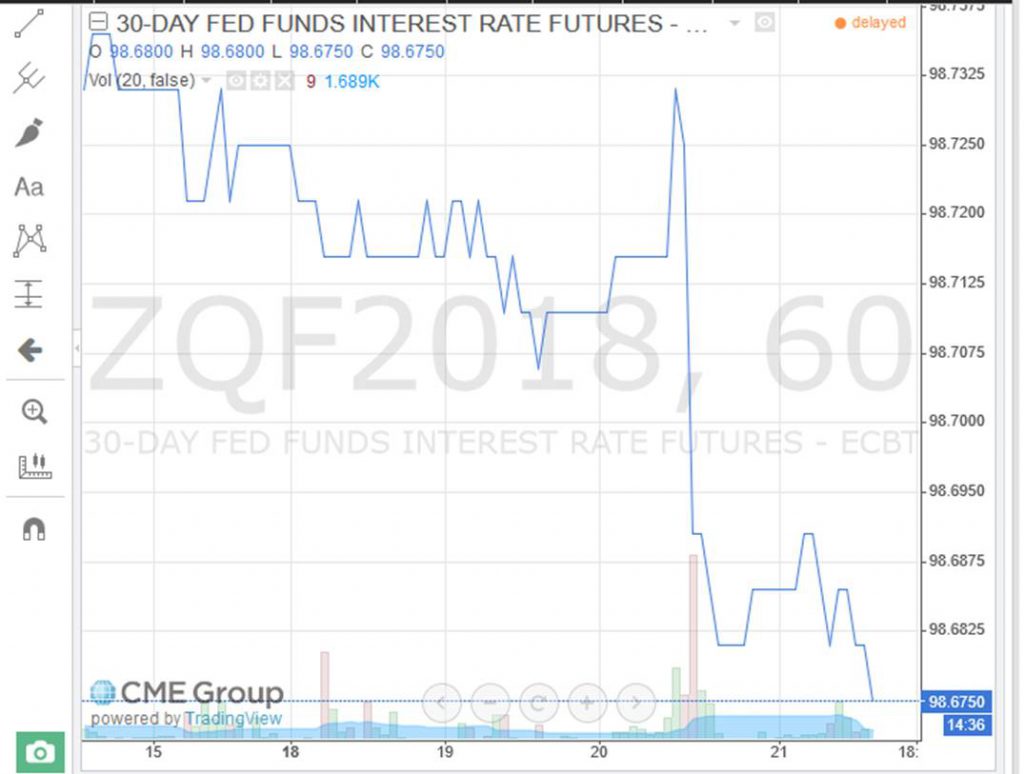 Maybe the balance-sheet unwind was already priced in, or maybe it’s so gradual it doesn’t make a material difference. In any case, the movement in the 10-year Treasury rate yesterday was likely more about expectations of the future short-term interest rate that the Fed will target. Which is of course how we always thought monetary policy worked before LSAP ever started.

In other words, the Fed may have already achieved much of the “normalization” of monetary policy that it’s been aiming for.

5 thoughts on “Another event to study”