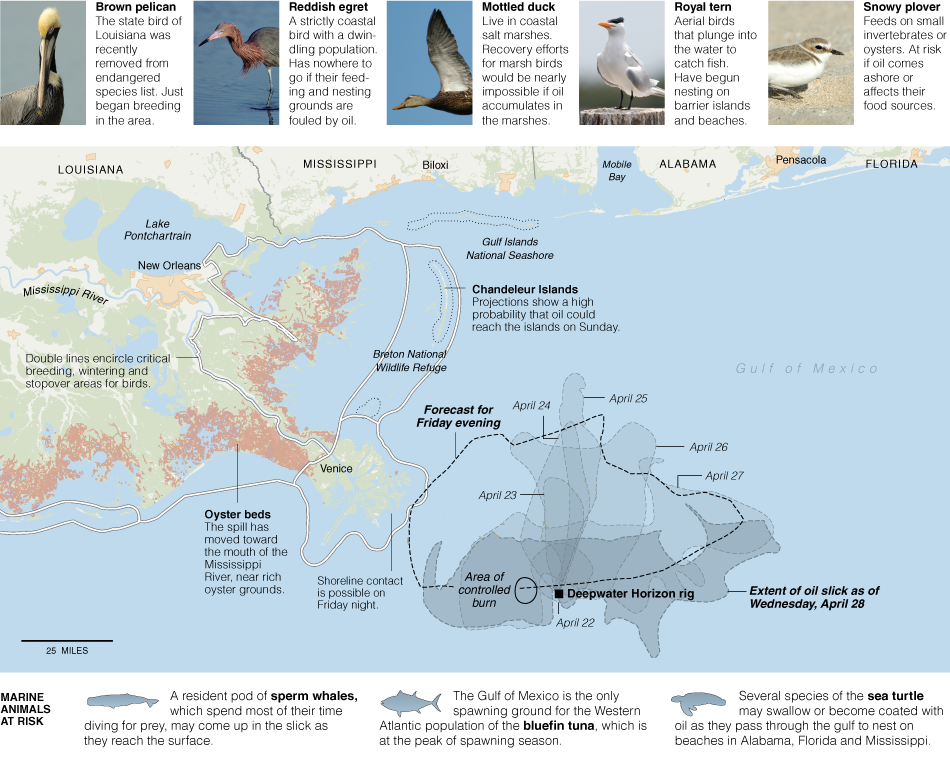 Figure from CAMPBELL ROBERTSON and LESLIE KAUFMAN, “Size of Spill in Gulf of Mexico Is Larger Than Thought,” NYT (29 April 2010).

I’ve seen no estimates of the impact on the economy from the spill. That’s largely because the extent of the spill is still being determined (they’ve just upped the estimate of the rate of flow, and much hinges upon how long it takes to cap the flow).

…Nancy Kinner, co-director of the Coastal Research Response Centre at the University of New Hampshire, explains that oil rigs rarely have accidents: “The risk might be one in 1,000, or one in 2,000.” Of course, she adds, there are hundreds of rigs out there. This spill might be shocking; but it was hardly unforeseeable.

For earlier discussion of drilling in previously restricted areas, see [1] [2].

42 thoughts on “What Are the Externalities of “Drill, Baby, Drill”?”