Back in late April, I participated in panel “Europe at the Crossroads: The Euro Crisis and the Future of European Integration” (video). There’re two graphs from my presentation I’d like to highlight, as they remain relevant even as the eurozone lurches into de facto recession [0].

The euro zone was not, and still is not, an optimal currency zone

This was known as early as the early 1990’s, as highlighted by this table from a 1994 paper by Tamim Bayoumi and Barry Eichengreen:

The table is of correlations of estimated supply side shocks, obtained using a bivariate SVAR (demand side shocks are also relevant, but would change with the establishment of a euro zone wide central bank.)

Notice that the northern countries fit best into a common currency area, insofar as the correlations exceed 0.40. That is not the case for Italy, Spain, Portugal, and Ireland.

While there is a similar asymmetry of shocks in the US, fiscal transfers from the center are much more pronounced here. In addition, labor mobility is much greater.

Fiscal profligacy is not the source of all Eurozone problems 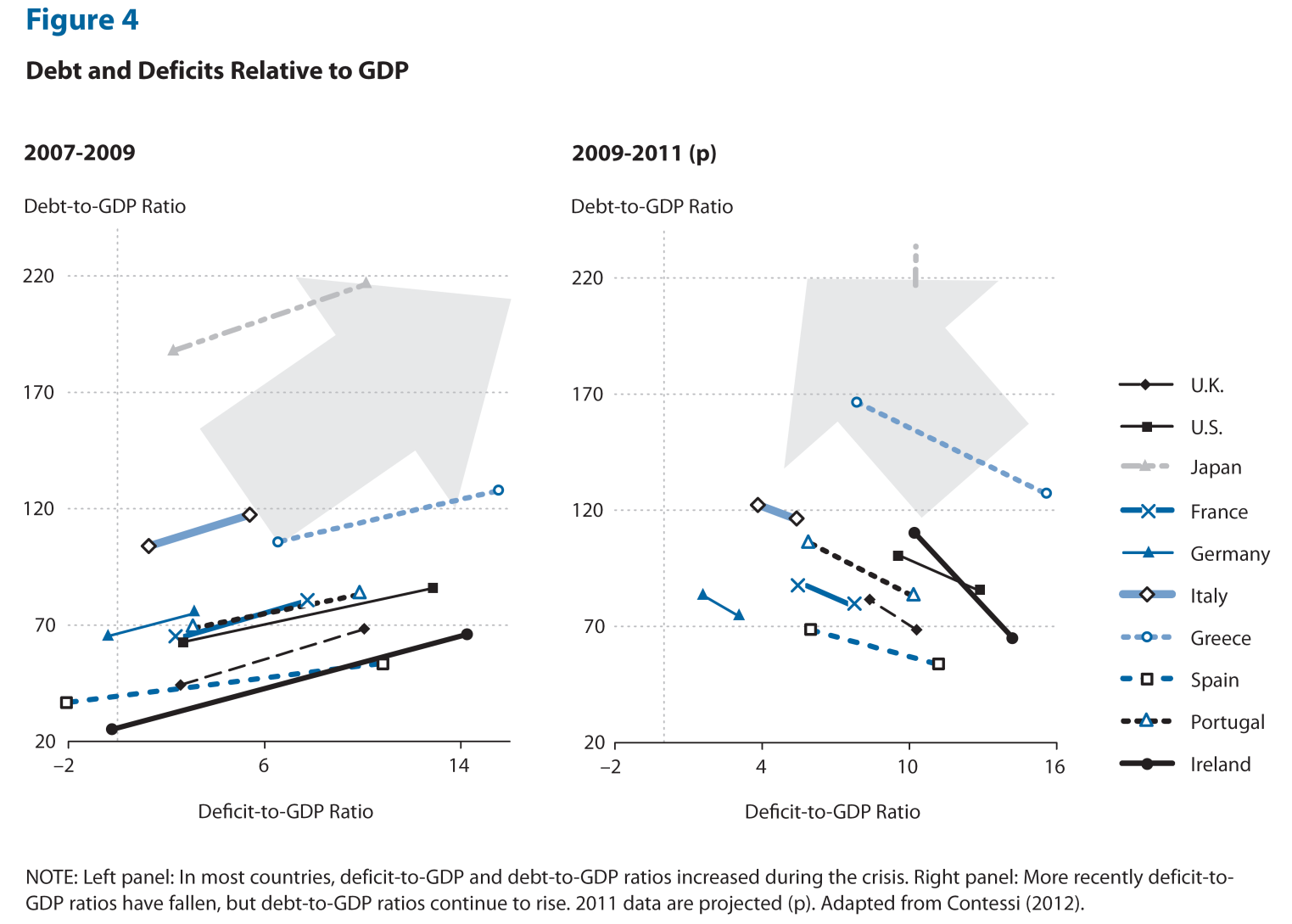 
What analysts failed to do is to fully account for the liabilities incurred by the private sector, in the form of the banking sector. Critics of any regulation of the financial sector fail to discern this point when they recount morality plays about the evils of government spending in leading to the Eurozone crisis.

Once one makes this realization, the resistance of finance and their captured legislators to further regulation here and abroad, even after the latest JP Morgan fiasco [1], seems even more dumbfounding. It’s as if some people want a replay of 2008.

More on the origins of the eurozone crisis, here.

26 thoughts on “The Euro Zone Crisis: Political and Economic Perspectives”