Messages from the external and government sectors

The second release of the 2013Q2 NIPA figures [0] suggests faster (2.5 ppts. versus the initially estimated 1.7 ppts.), albeit still modest growth. However, would be a mistake to conclude that fiscal drag is unimportant.


Now consider the fact that in fact the government spending (all levels) on goods and services declined even more than first estimated. 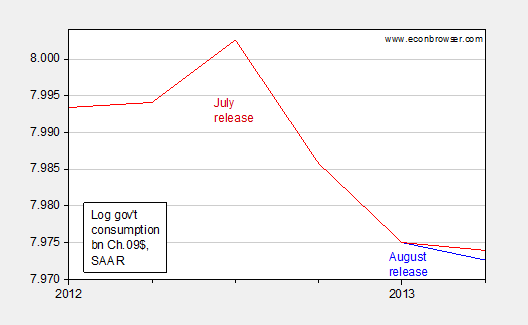 
With these revised figures, all levels of government continue to subtract from overall growth (in a mechanical sense) – although not as much in the two previous quarters. This is notable because the previous reading for 2013Q2 had indicated state and local spending had turned around to contribute to, rather than deduct from, growth. 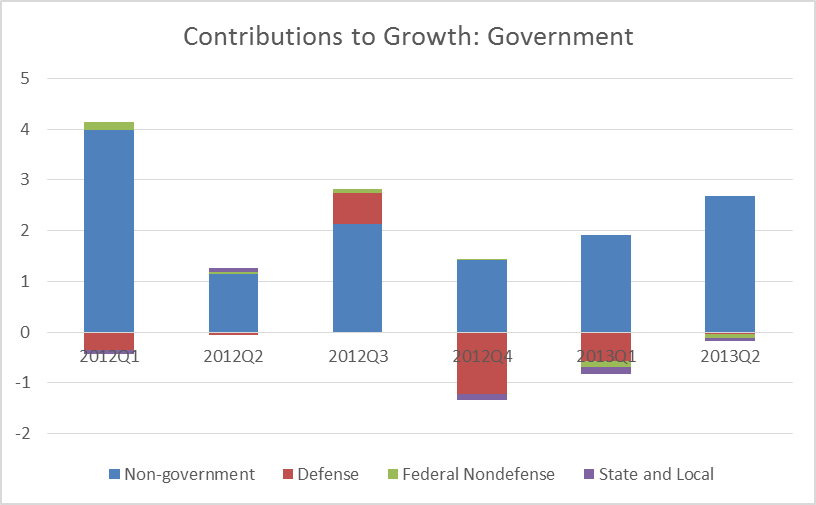 
The external sector shifted from a contribution -0.81 ppts to zero, thus accounting (once again in a mechanical sense) for the entire increase in estimated growth. 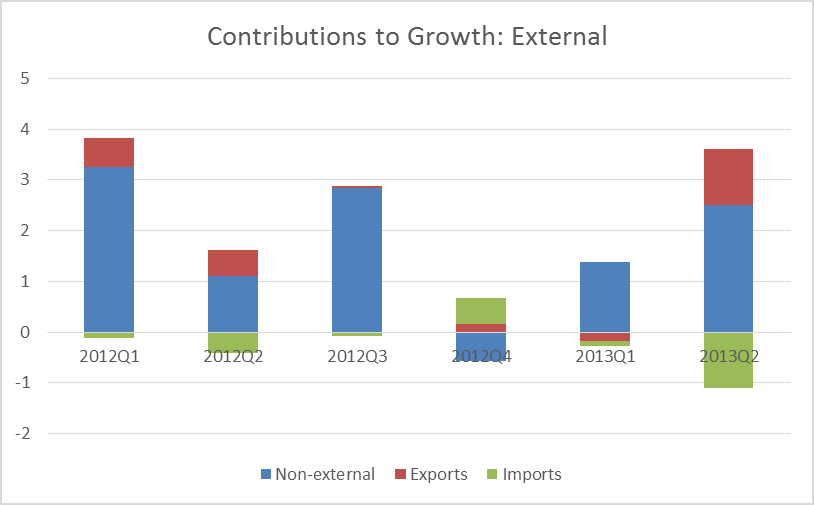 
The revisions in exports and imports are shown in Figures 5 and 6. 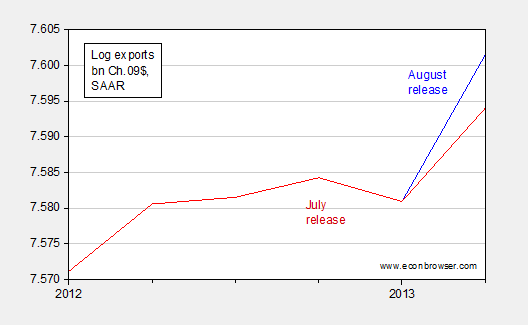 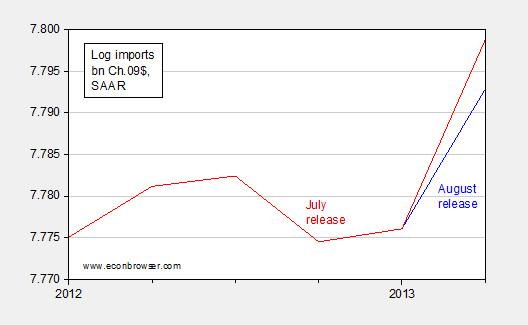 
Lower imports contribute to current quarter growth, in an accounting sense. However, they can also signal slower GDP growth going forward, insofar as the marginal propensity to import is positive. One might also look to cues from certain types of imports. Capital goods are sensitive to expectations of future demand, so the fact that capital goods imports are flat is a bit troubling.


Growth in capital goods exports (blue line) is encouraging, if only because of the low expectations for rest-of-world demand.

Returning to the government sector, it’s important to recall government spending on goods and services doesn’t summarize the entire effect of spending cuts. Transfers have also been reduced. Figure 8 illustrates the drag coming from a reduction in government expenditures (spending, transfers) relative to GDP. 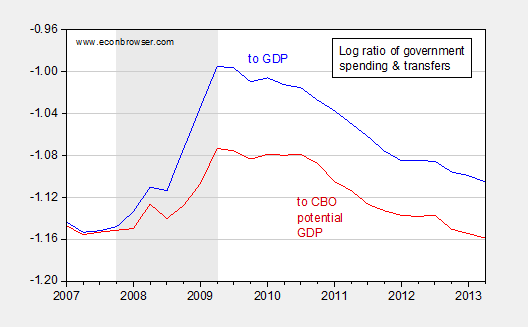 
In sum, it’s a good thing that growth was revised up, but it could be yet faster with a sensible fiscal policy.