I am a little slow responding to the stunning revision to the first-quarter GDP estimates that came out two weeks ago, but here are my thoughts about the new estimates.

The Bureau of Economic Analysis announced on June 25 that U.S. real GDP fell at a 2.9% annual rate during the first quarter, compared with an initial estimate of 0.1% growth for the quarter that the BEA had initially put out in April. The revision sets a couple of records. For one, it makes 2014:Q1 the worst quarter for GDP since World War II that was not part of an economic recession. The next closest contenders were a drop of almost 2.9% in the second quarter of 1981 and a 2.2% drop in the third quarter of 1973. Each of those was followed by a single quarter of solid GDP growth after which the economy fell into a full-blown recession, constituting some of the evidence behind Jeremy Nalewaik’s claim that the economy often reaches a stall speed just before falling into a recession.

A second record was noted by the White House’s Council of Economic Advisors Chair Jason Furman:

The biggest single source of discrepancy from the earlier estimates came in health care services, which account for 1/6 of total personal consumption expenditures. Last month the BEA had claimed that health care added 1 percentage point to the Q1 GDP growth rate, whereas the new estimate is that it instead subtracted 0.2 percentage points. Jason Furman explains that the main survey that the BEA uses to track health care spending was not available until this month, and hence there was considerable guesswork in the original estimate. MFR’s Joshua Shapiro nevertheless opines:

This is a crazy-sized revision, and speaks very loudly to the fact that nobody has a real handle on how the introduction of Obamacare has affected these data, nor for how long the distortions may last until things settle down. 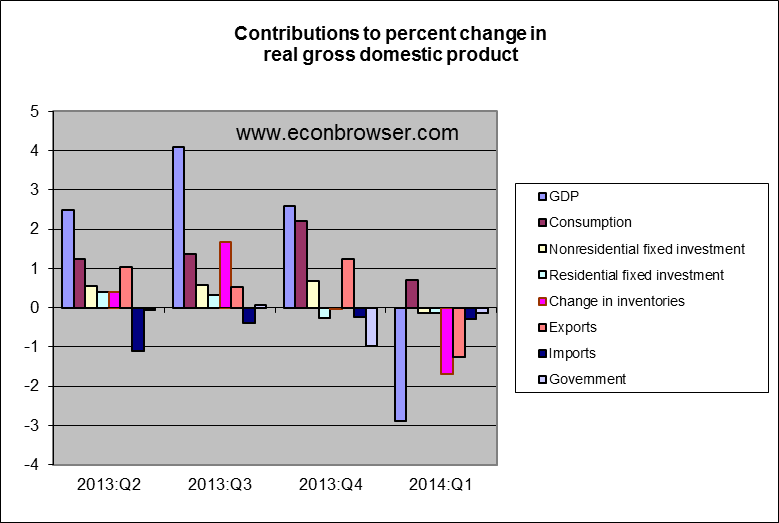 The second most important factor in the revision is that the Q1 deterioration of exports is now seen as even worse than originally reported, with lower exports subtracting 1.2 percentage points from the GDP growth rate. Part of this may be payback for unusually strong export numbers for 2013:Q4. But if it signals a weakening in China or other key trading partners it could be more worrisome.

Jason Furman makes a convincing case that some of the other weaknesses in the U.S. first-quarter GDP numbers represent a temporary effect of the unusually severe winter in much of the U.S., as evidenced for example in the March rebound from the January-February dip down in indicators such as light vehicle sales, core retail and food sales, and core capital goods shipments. 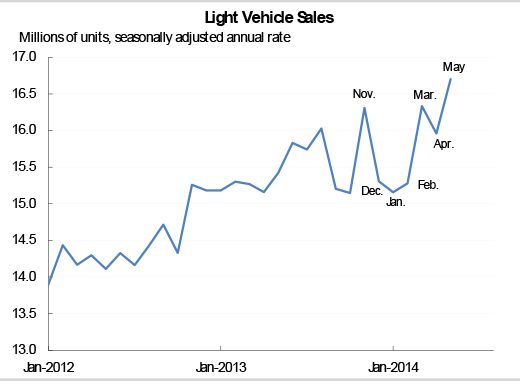 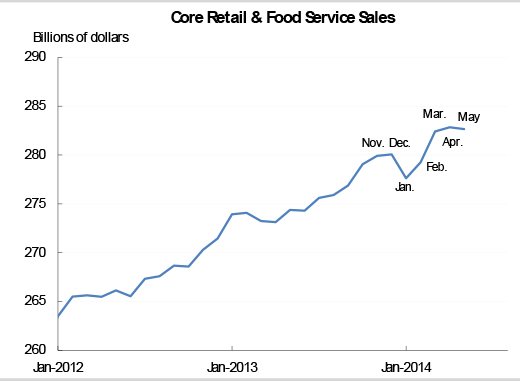 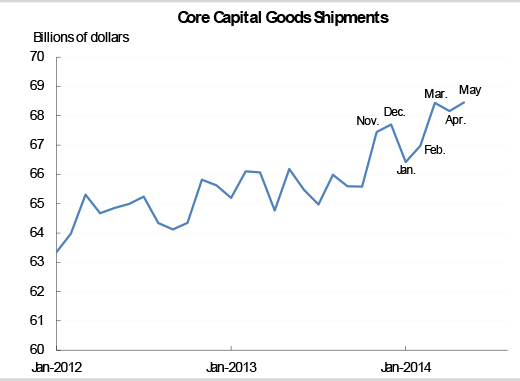 The June BLS employment report ([1], [2]) gave added confirmation that the economy was back to more solid growth for Q2.