Rapid and broad based employment growth 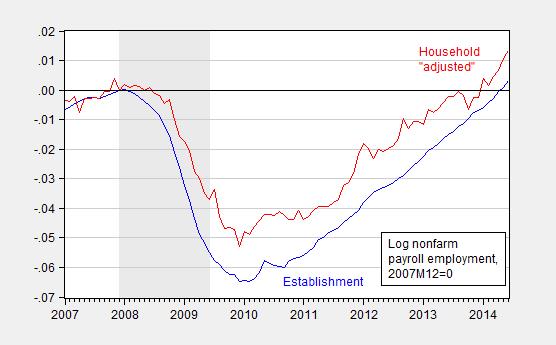 It is of interest to note that the household adjusted series — touted by conservatives during the G.W. Bush era as a better measure of nonfarm payroll employment — first exceeded the previous peak in January 2014, with no apparent mention by those same individuals. By that metric, total nonfarm employment has exceeded its previous peak by nearly one percent. 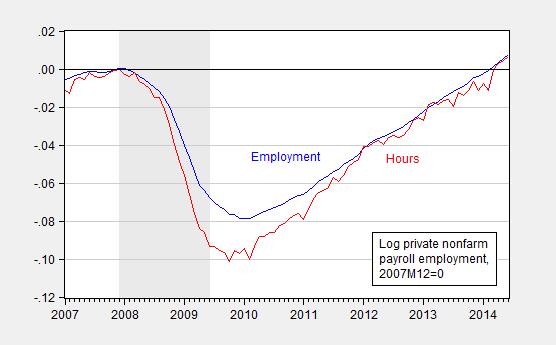 Not only has growth (by either total or private employment) over the past five months matched or exceeded 200K, revisions are typically to the upside. 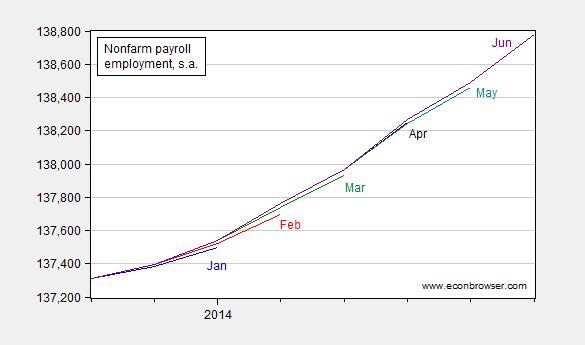 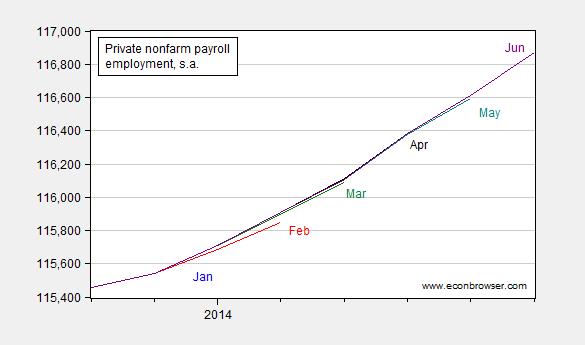 A reassuring point, made by Jason Furman at the CEA, is that the advance in employment is broad based. 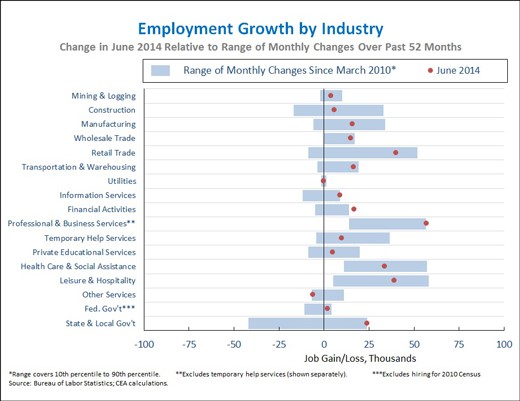 None of the foregoing should be viewed as a triumph of macroeconomic policy. For once I agree with Joint Economic Committee Chair Kevin Brady who stated “Today’s strong jobs report comes as a welcome relief to Americans on Main Street. Unfortunately, as good as today’s report is, the rate of job growth still isn’t sufficient to eliminate the private sector jobs gap by the time President Obama leaves office.” And the reason for that, in addition to the hangover from the debt binge of the 2000’s, is the imposition of too-early and unwise fiscal contraction (think sequester, cutting off extended unemployment, failure to extend SNAP, and failure to undertake additional infrastructure investments). Had there been less single-minded obstructionism, fiscal policy would have been much more counter-cyclical in nature, and the employment recovery accelerated.

With the acceleration in employment growth, there is ample discussion of tightening labor market and — without too much evidence — rising compensation costs. [1] The latest release does not provide much additional evidence of accelerating wage costs. 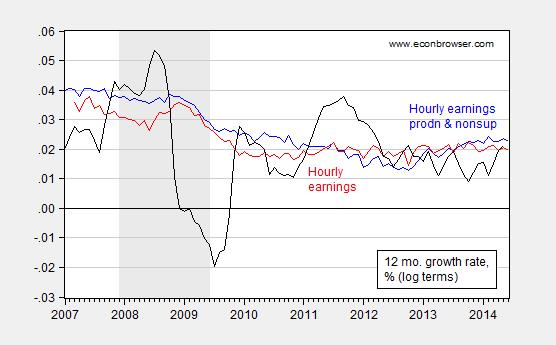 10 thoughts on “The June Employment Release”