The April Employment release confirmed continued growth in total and private employment. My observations: some modest downward revisions, and some sectoral trends diverge.

Figure 1 depicts the estimates by vintages for the past five releases. In general, the revisions are downward. 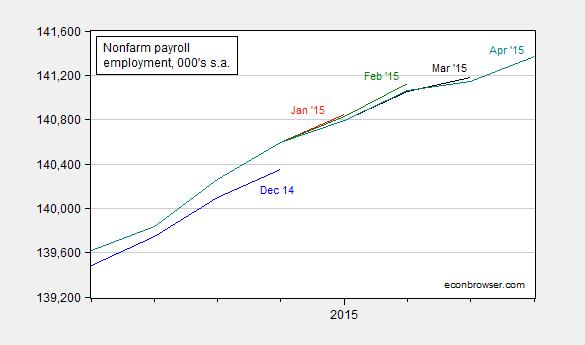 Next, it’s of interest to examine the trends in two sectors that have faced headwinds: oil and gas extraction and manufacturing. The former has definitely declined, but back to levels seen in March 2014. (Obviously, this series does not include effects on ancillary activities, including construction.). The latter has flattened out. 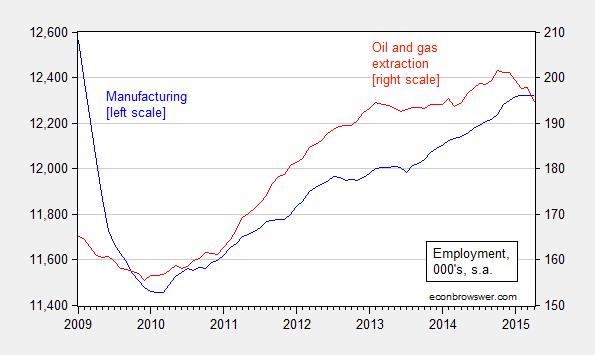 Since employment in manufacturing exhibits an overall downward trend over time due to above-economy-wide average productivity growth, it’s useful to compare to manufacturing production. Figure 3 confirms that output has also flattened out, likely due in important part to the effect of the dollar’s appreciation (see this post). 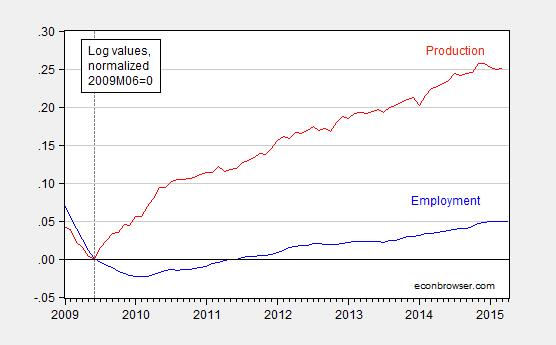