There’s been a remarkable surge in world oil production over the last year. And the United States is only part of the story.

World oil production basically stagnated over most of the last decade. From January 2005 to April of last year, daily production of crude oil and condensate increased by less than half a million barrels annually. But over the last 12 months, the figure is up 3.1 mb/d. 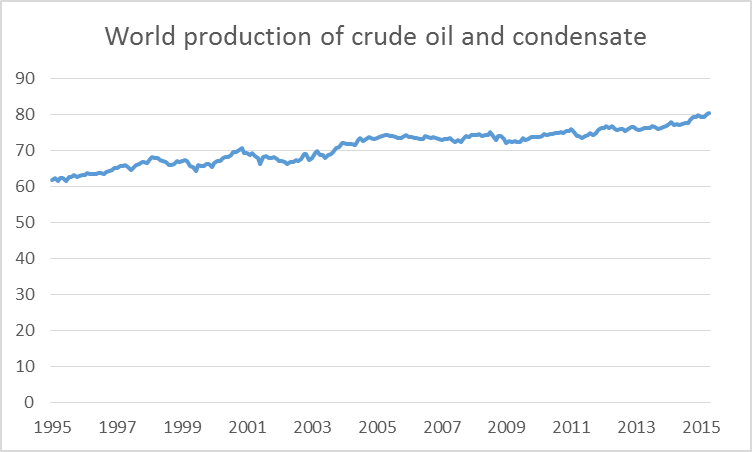 The surge in U.S. shale production, dramatic as it has been, accounts for only a little over a third of that increase. I hope to say more about the prospects for U.S. production in a subsequent post. Canada also made a noticeable contribution to the world total; I discussed reasons why Canadian oil production would increase despite the falling price of West Texas Intermediate last March. But the really astonishing change over the last year has been OPEC production. OPEC production was virtually the same in April of last year as it had been at the beginning of 2005. But it is up 1.3 mb/d over the last 12 months. 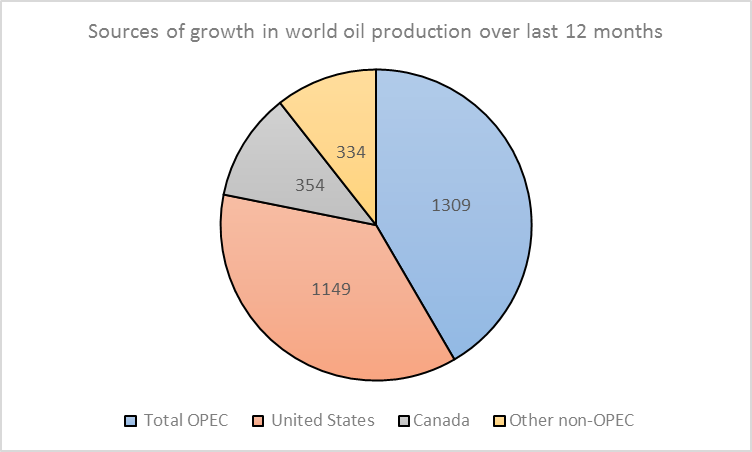 Change in world crude oil field production, April 2014 to April 2015 in thousands of barrels per day, by source. Data: EIA Monthly Energy Review, Tables 11.1a and 11.1b.

And the story of increased OPEC production is not, as many people seem to assume, that the Saudis have opened the floodgates in an effort to discipline North American competitors. Saudi production is not up much from where it stood a year ago. A much bigger story is Iraq, where the ambitious new projects that the country has been pursuing for some time are finally showing some impressive results. Iranian production is also up, and significant increases could lie ahead as sanctions are lifted. Libya is still a very unstable place, but slightly less so than in the spring of last year, and that is another reason why OPEC production today is higher than it was a year ago. 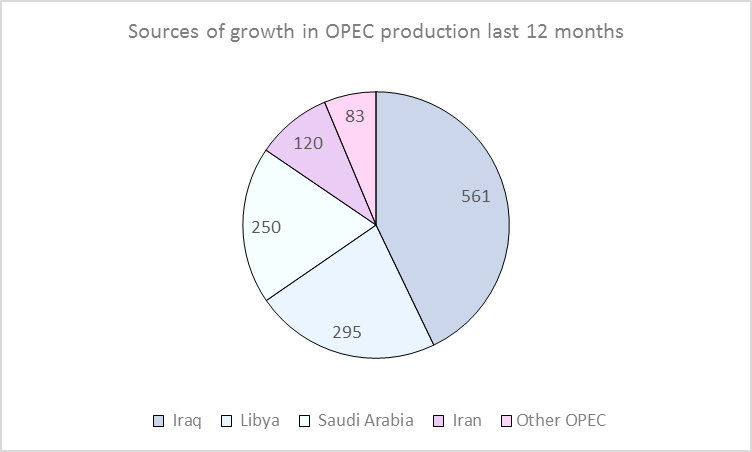 Here’s a longer-term perspective on what’s been happening in OPEC. The sanctions on Iran and turmoil in places like Libya and Iraq were important factors in the overall stagnation of OPEC production over the last decade. If Iraq, Iran and Libya can return to some kind of normalcy, we could soon see an additional million barrels/day increase from those three countries. And if the precarious status quo in other troubled areas such as Nigeria can be maintained, that would mean that the surge in OPEC production has only begun. 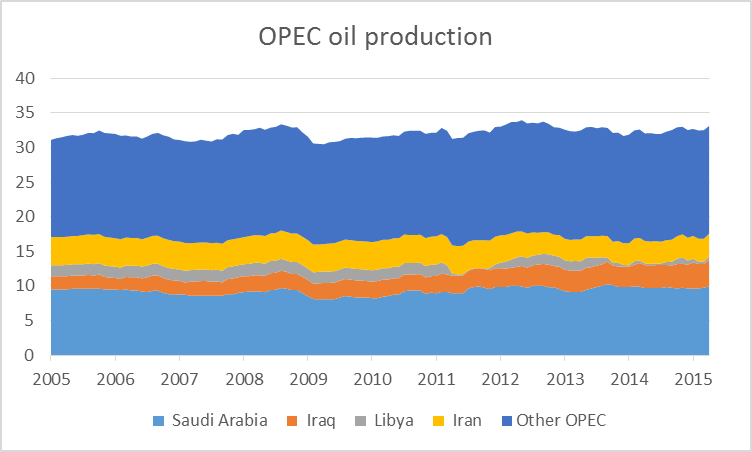 It’s hard for me to believe reading the news that peace and stability are about to break out in the Middle East and North Africa. But for now, more oil seems to be flowing from those troubled regions, and further big increases could lie ahead.