The politics of the The Kansas Experiment were recounted in Sunday’s NYT Magazine. Does the economic crash continue?

The Kansas stall is placed in National context in Figure 1, using the Philadelphia Fed’s coincident indices, normalized so both Kansas and US economic activity are at 0 at 2011M01, when Governor Brownback takes office. 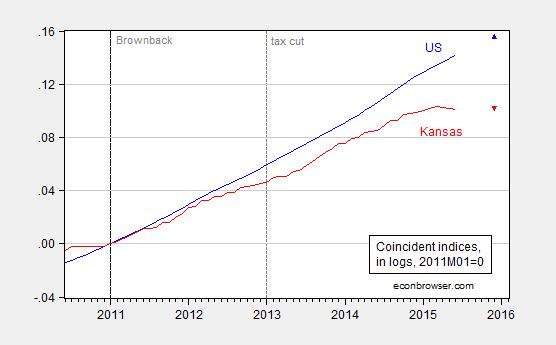 The decline shows up regardless of whether employment is measured using the establishment or household surveys.

Some have argued the recent decline is due to drought. Drought does not seem to be an explanation to me. 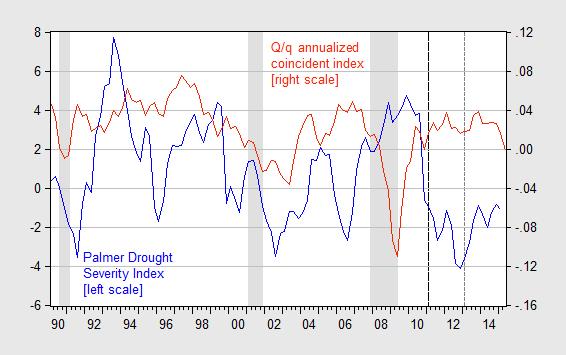 Yet others have asserted that the negative shock to aircraft demand explains the lackluster growth in Kansas. Evidence from employment data is not supportive of this thesis, as shown here.

I would argue much of the downturn especially post January 2013 is self-inflicted, due to the fiscal policies implemented, as described in the NYT Magazine article.

19 thoughts on “Kansas: The Macro Outlook”