What’s wrong with this picture? Under the above scenario, if you were to buy oil today at $40, store it for a year, and sell it next year for $60, you’d make a huge profit. And if right-minded capitalists tried to do exactly that in huge volumes, the price of oil today would be bid up above $40, as the inventory demand is added to current consumption demand. As that oil is sold next year, it would bring the price next year below $60. In equilibrium, the difference between this year’s price and next year’s expected price should be close to the storage cost.

That arbitrage is clearly an important aspect of what has been going on over the last year. In response to lower prices, capital expenditures in the oil patch are being slashed. The number of drilling rigs active in the U.S. areas associated with tight oil production is only 43% of its level a year ago. 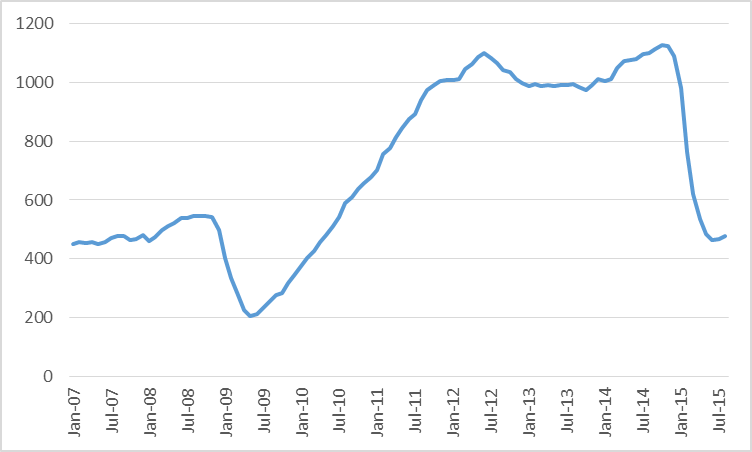 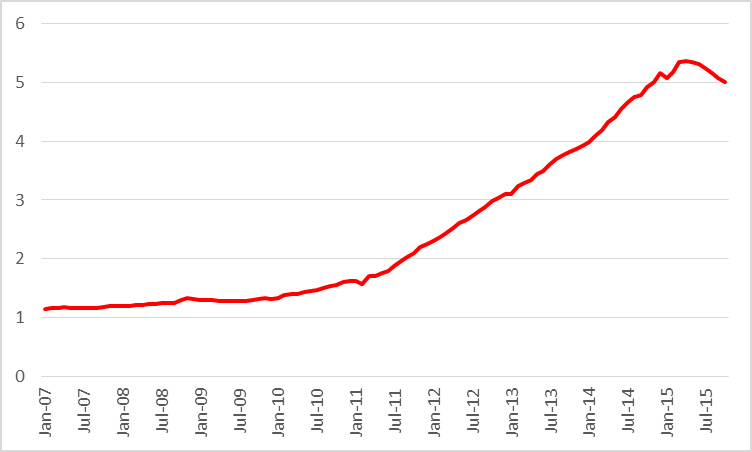 If current lower investment results in lower future production, the arbitrage forces described above would mean the current excess supply would go into inventories, which would then be gradually drawn down as field production declines. And that seems to be what we have observed.

The key factor determining whether those inventories will indeed be sold at a higher price than they were purchased is the strength of next year’s demand. So far China’s oil imports have been quite strong. 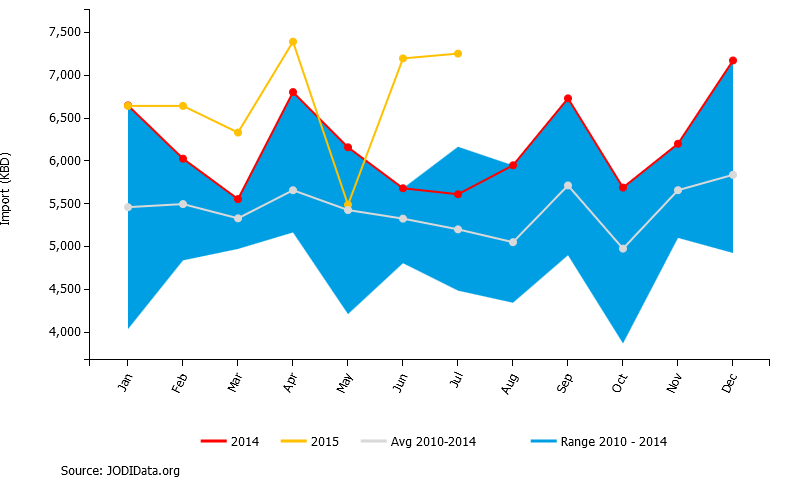 But there is considerable doubt about whether that will continue into next year. For example, manufacturing purchasing managers’ indexes for China are signaling contraction. 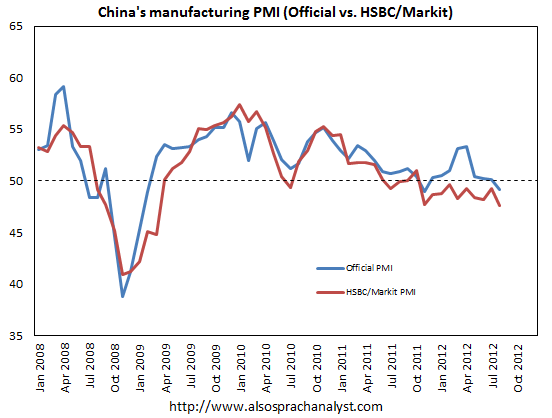 What evidence is there that worries about a global economic slowdown are figuring prominently in recent oil prices? Exhibit one is the remarkable comovement between commodity and asset prices. Concerns about global economic weakness show up in commodity prices and asset markets across the board. Art Berman notes the striking visual similarity of graphs for prices of different commodities.

Of course, there are other wildcards as well. Most prominent among these is whether there will be enough stability in places like Iran, Iraq, and Libya to permit an increase in production from these and other OPEC producers. But one key given is that U.S. producers will be the primary balancing factor in the current equation, to offset whatever ends up happening with China and OPEC. And the other given is that U.S. production cannot be sustained at current prices.

38 thoughts on “Supply, demand and the price of oil”