Today we are pleased to present a guest contribution written by Anton Korinek (Johns Hopkins Univ.) and Alp Simsek (MIT).

Deleveraging – the forced and rapid paying down of debt – has been one of the key factors behind the Great Recession of 2008/09 and the ensuing slow recovery of the US economy (see e.g. Mian and Sufi, 2014; Mian, Sufi and Verner, 2015). Figure 1 illustrates the dramatic rise of leverage in the household sector before 2008 as well as the subsequent deleveraging. 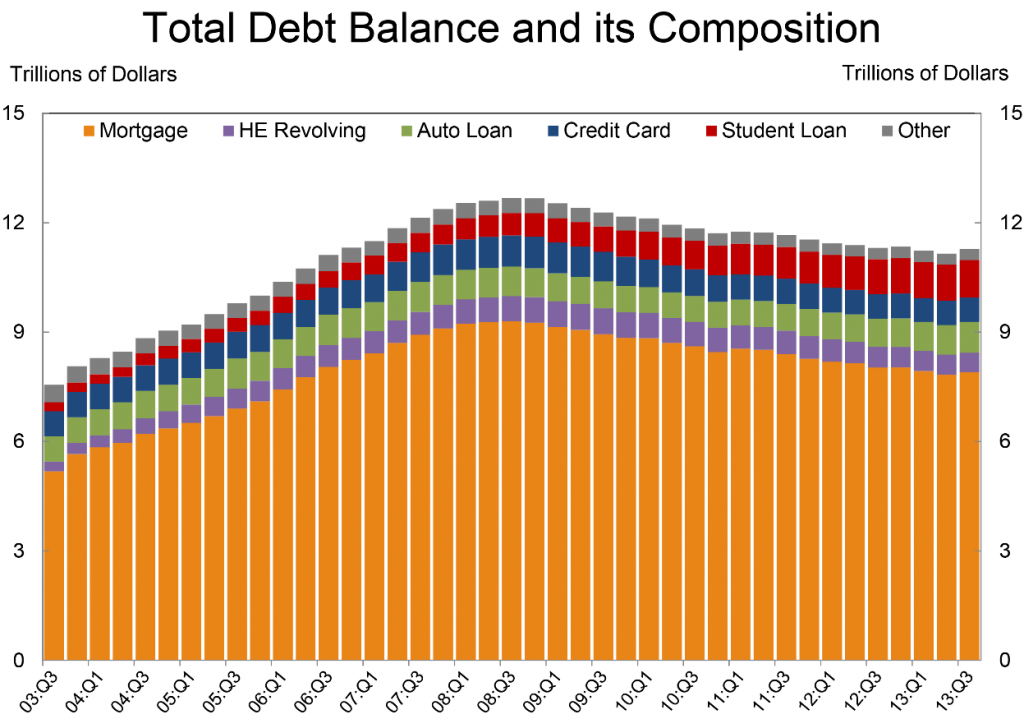 Figure 1: Evolution of household debt in the US around its peak in 2008Q3 (New York Fed).

Deleveraging hurts the economy because it forces borrowers to repay their lenders, but lenders are far thriftier than borrowers. (This is the reason why borrowers are borrowers and lenders are lenders in the first place.) When funds are moved from big spenders to thrifty lenders, it reduces aggregate demand. During normal times, the Federal Reserve can counteract this and restore aggregate demand by cutting interest rates, but monetary stimulus becomes very difficult once interest rates hit zero – a phenomenon frequently referred to as a “liquidity trap.” This is precisely what happened in the US economy starting in December 2008, and as a result, the economy plunged into deep recession (see e.g., Eggertsson and Krugman, 2012, or Guerrieri and Lorenzoni, 2011). Although policymakers have employed a whole battery of monetary and fiscal stimulus tools since, the effectiveness of such stimulus has been limited, and it has taken the US economy a long time to recover.

In our forthcoming paper, “Liquidity Trap and Excessive Leverage” (Korinek and Simsek, 2016), we argue that the right time to counteract a deleveraging-driven crisis is not after the event but at the time when leverage builds up. If we reduce the amount of debt that borrowers take on during the build-up phase, then the next deleveraging episode will be less severe, and the resulting recession will be mitigated.

At the center of our argument is what we call an aggregate demand externality: Individual borrowers, if left to themselves, do not take into account how their behavior affects the economy as a whole. The argument is similar to the case of environmental pollution, when individual polluters find it rational to pollute because they believe that each one of them has just a minuscule effect on overall environmental quality. When individuals take on debt, they recognize the risk that they may have to deleverage in the future, but they do not recognize that this affects aggregate demand since each person’s contribution to aggregate demand is minuscule relative to the total size. However, when a substantial fraction of the economy is forced to deleverage at the same time, the impact on aggregate demand is severe. Furthermore, if the economy is in a liquidity trap, this aggregate demand externality cannot be offset by the central bank and imposes substantial welfare costs on the entire economy. Similar arguments have also been advanced by Farhi and Werning (2012, 2013) and Schmitt-Grohé and Uribe (2016) in the recent literature.

As in the case of environmental pollution, it is desirable to impose regulations in order to reduce borrowing, either in the form of quantity regulations or “Pigouvian taxes,” so that individuals internalize aggregate demand externalities and take into account the negative effects of their behavior. The overarching objective of such macroprudential regulation is to restrict all financial activities that will lead to lower demand during future deleveraging crises. For example, it is desirable to restrict the leverage of borrowers who may be forced into deleveraging during such episodes. Furthermore, it is desirable to encourage insurance against economy-wide deleveraging episodes, such as mandatory insurance in mortgage markets against aggregate price declines that leave homeowners under water.
Our paper also shows how to quantify the externalities from excessive leverage. The primary determinant of aggregate demand is how spendthrift borrowers are compared to lenders or, in more technical jargon, how much they differ in their marginal propensity to spend. According to Jappelli and Pistaferri (2014), borrowers who are among the poorest 10% of households are more than 25% more likely to spend an additional dollar received than rich lenders. After accounting for the multiplier effects of additional spending, reallocating one dollar of income from such borrowers to lenders reduces aggregate demand by about 45 cents. If we assume, conservatively, that an economy experiences a deleveraging-driven crisis and liquidity trap once every thirty years, then borrowing by the most leveraged households creates on average a negative aggregate demand externality of 45%/30 = 1.5% per dollar borrowed per year. This externality could be internalized with a 1.5% Pigouvian tax on leveraged borrowing or the imposition of equivalent debt limits.

This article is cross-posted from the INET blog

Farhi, Emmanuel and Iván Werning. 2013. “A Theory of Macroprudential Policies in the Presence of Nominal Rigidities.” NBER Working Paper 19313.

This post written by Anton Korinek and Alp Simsek.

19 thoughts on “Guest Contribution: “Liquidity Trap and Excessive Leverage: How Excessive Debt Hurts the Economy and Why to Curb It””