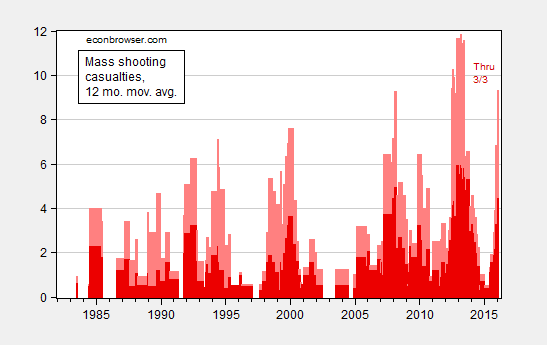 For a per capita depiction, see this post. The upward trend is obvious there as well.