Yesterday I was at the 31st annual NBER conference on macroeconomics (along with fellow blogger Mark Thoma). Among the many interesting contributions was development of an extended data set on 25 different indicators for 17 advanced economies going back to 1870 by Jorda, Schularick and Taylor (2016).

The authors described one of their findings as a “financial hockey stick”. After nearly a century of stability, loans by banks to the nonfinancial sector began after 1950 to grow systematically faster than GDP around the world. 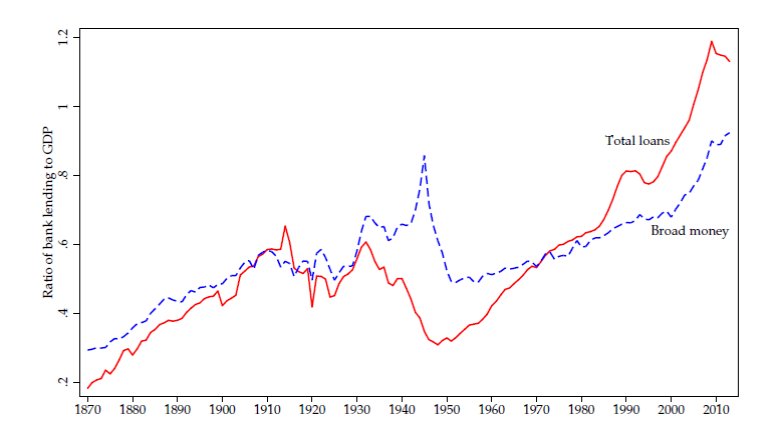 Average ratio of bank loans to the non-financial private sector to GDP across 17 advanced countries (in red) and ratio of M2 to GDP (blue). Source: Jorda, Schularick and Taylor (2016).

This growth in credit was concentrated in mortgage loans as opposed to unsecured lending to businesses. 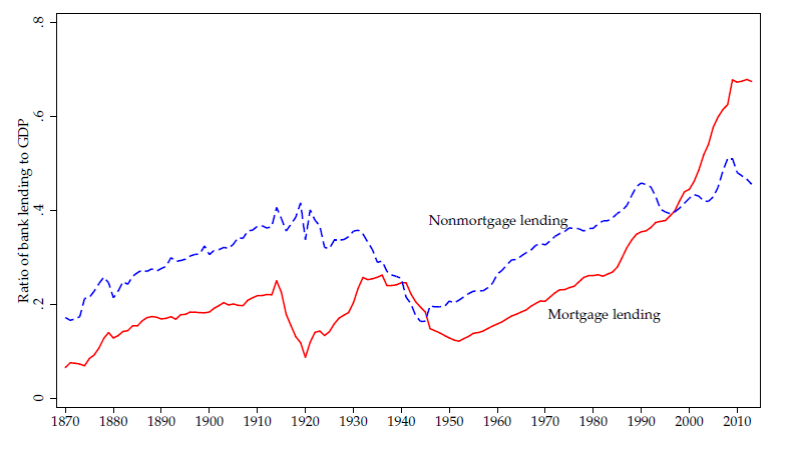 Average ratio of mortgage lending to GDP (red) and for other lending (blue). Source: Jorda, Schularick and Taylor (2016).

This “hockey stick” in mortgage lending was accompanied by a similar pattern in real house prices. These too had been largely stable for nearly a century. Since 1950, house prices have grown faster than inflation around the world. 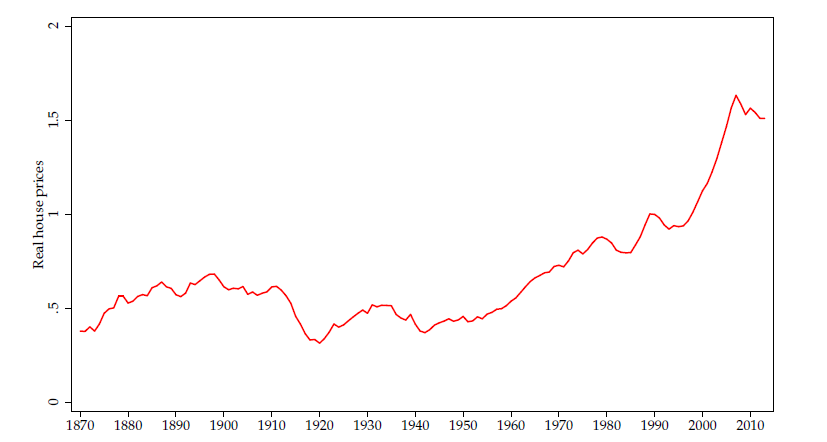 The authors find that as economies have become more leveraged, the standard deviation of output growth has become smaller, consistent with a phenomenon that has been described as the Great Moderation in the United States since 1985. Interestingly, however, the standard deviation of stock prices has increased. They also find that the skewness of GDP has become more negative– big movements up have become more subdued relative to downturns. 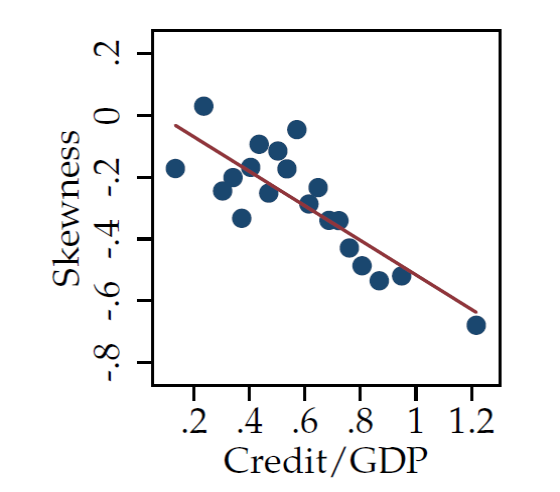 Vertical axis: skewness of GDP within country i over a 10-year period. Horizontal axis: credit/GDP for that country over that period. Data summarized in terms of 20 bins. Source: Jorda, Schularick and Taylor (2016).

At a basic level, our core result– that higher leverage goes hand in hand with less volatility, but more severe tail events– is compatible with the idea that expanding private credit may be safe for small shocks, but dangerous for big shocks. Put differently, leverage may expose the system to bigger, rare-event crashes, but it may help smooth more routine, small disturbances.

37 thoughts on “A financial hockey stick”