Here are some assessments of the economic impact on the UK economy, over the short (business cycle horizon) to long run. 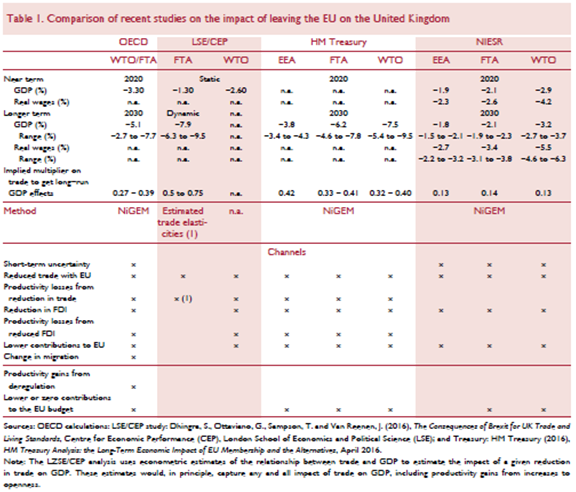 Table 2 from Angus Armstrong and Jonathan Portes, “Commentary: The Economic Consequences of Leaving the EU,” National Institute Economic Review No. 236 May 2016 .

The IMF’s assessment came out in mid-June, and hence is not included in the above table; here’s the IMF’s view. 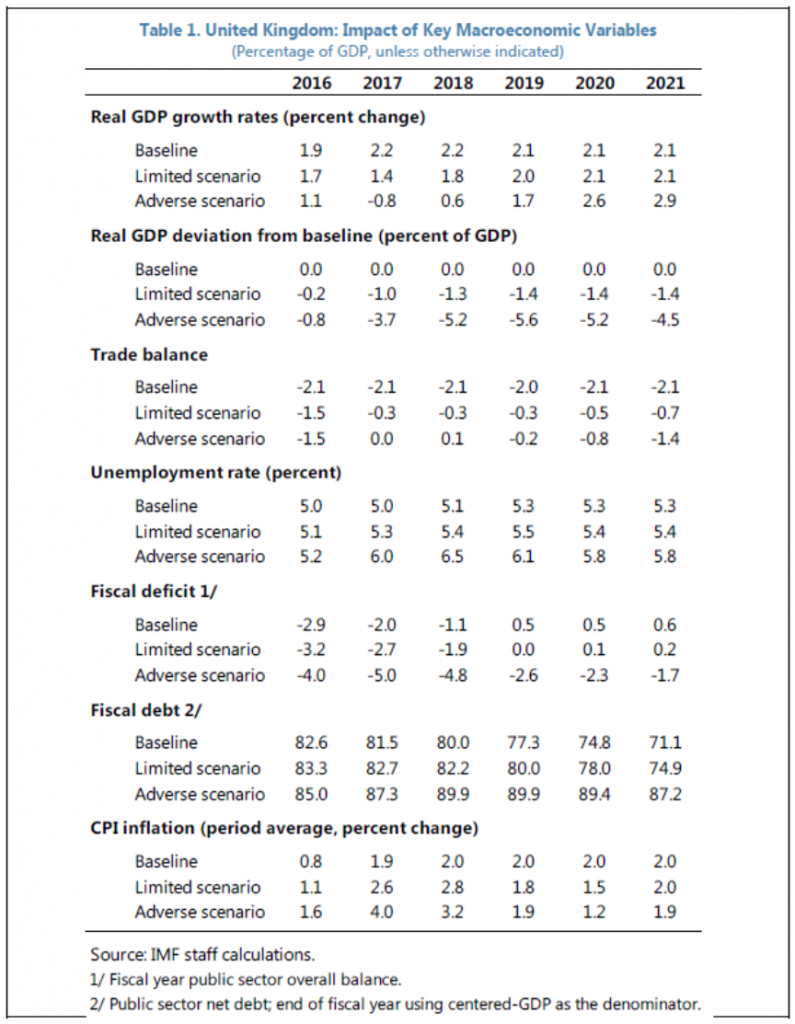 These are detailed model-based assessments, expressed relative to a baseline. What are investment bank economists predicting in terms of actual levels, rather than deviations?

Deutsche Bank does not forecast an outright contraction, expressed on a year-on-year basis.

Update, 8:15AM Pacific: Reader Manfred cites Minford. Here’s a survey of the academic studies which places in context where Minford’s estimates stand. 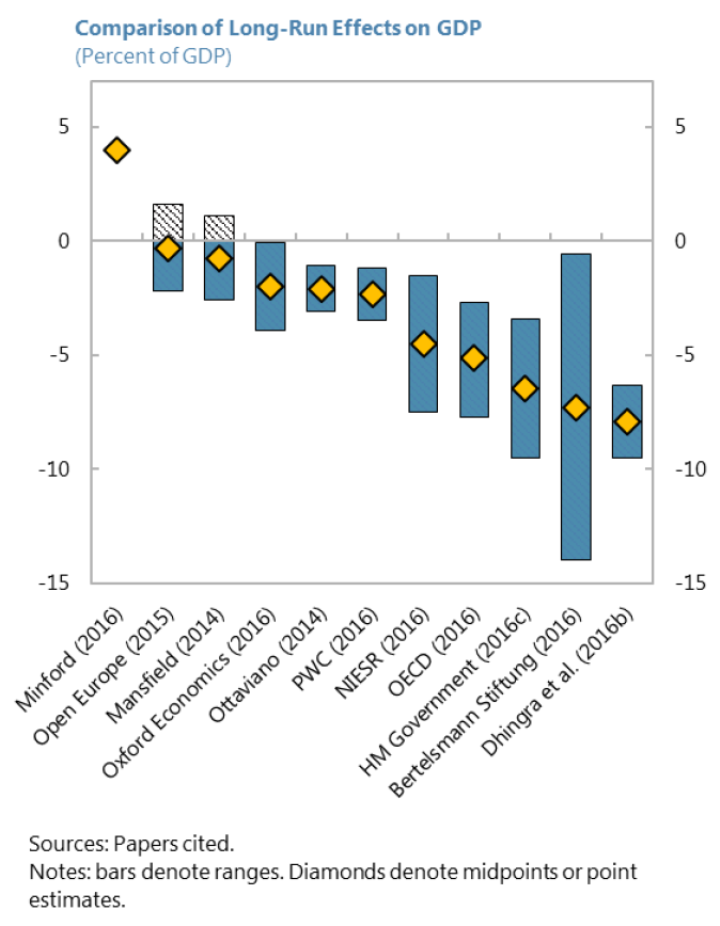 34 thoughts on “Looking at the UK Economy, Post-Brexit”