EconoFact is a non-partisan publication, online starting today, designed to bring key facts and incisive analysis to the national debate on economic and social policies. It is written by leading academic economists from across the country who belong to the EconoFact Network, and published by the Edward R. Murrow Center for a Digital World at The Fletcher School at Tufts University. The co-editors are Michael Klein and Edward Schumacher-Matos.

Inaugural memos tackle Trump’s promise to bring back manufacturing jobs, the prospects for the big, beautiful wall, charter schools, the destination based border tax, whether the trade deficit is a drag on growth, and whether China is now manipulating its currency.

Here is a graph from the Chinn-Klein memo on trade deficits: 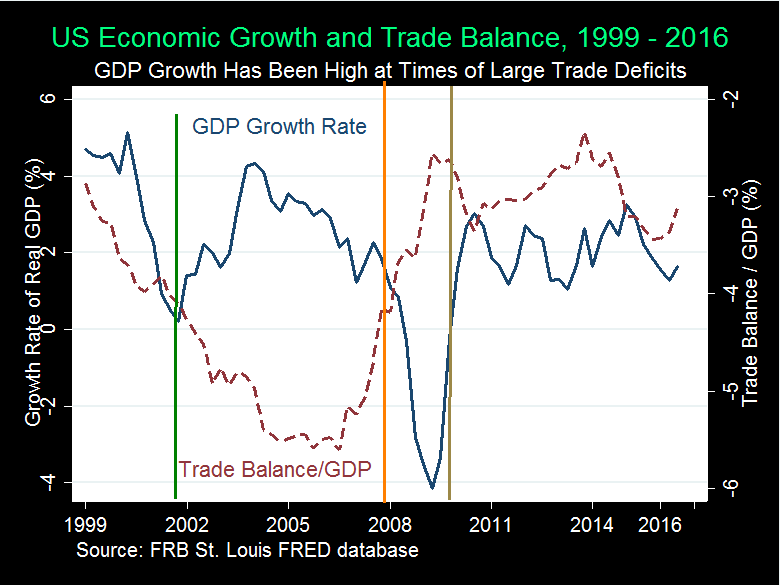 New memos will appear as conditions and proposals warrant.

18 thoughts on “EconoFact: Bringing Facts and Data to Policy Debates”