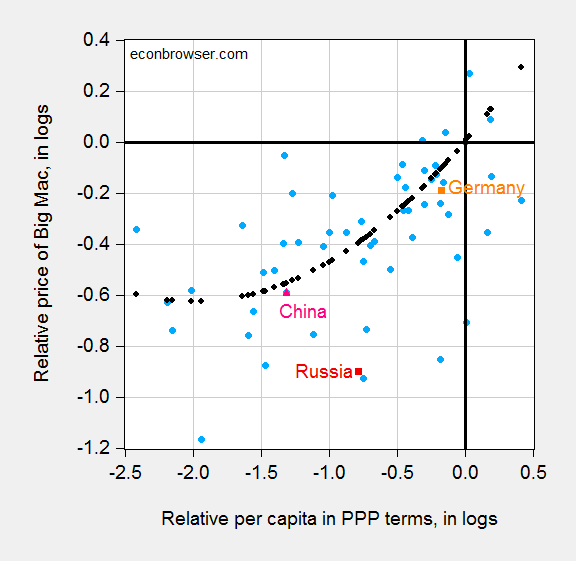 50.2% undervaluation is Russia; 3.7% is China. 8.5% is Germany, the currency of which was highlighted by Peter Navarro. As shown in this post, the German estimate is well within the 90% prediction interval, while Russia (and Taiwan) are well outside the interval. Why isn’t the Administration threatening to impose trade sanctions on Russia (and Taiwan)? Not that I’m asking them to do it, but the selection of sanctions targets seem odd.

For a more formal examination of Chinese yuan undervaluation, see this paper; and for misalignment concepts in general, this post.