In the wake of the decapitation of the FBI, financial indicators suggest a negative shock. I suspect an increase in uncertainty, given that political turmoil could cloud the path of economic policy implementation (tax reform/cuts, infrastructure, etc.). Here is the S&P 500 futures for June 2017. My guess is that daily indicators of economic policy uncertainty will rise tomorrow. 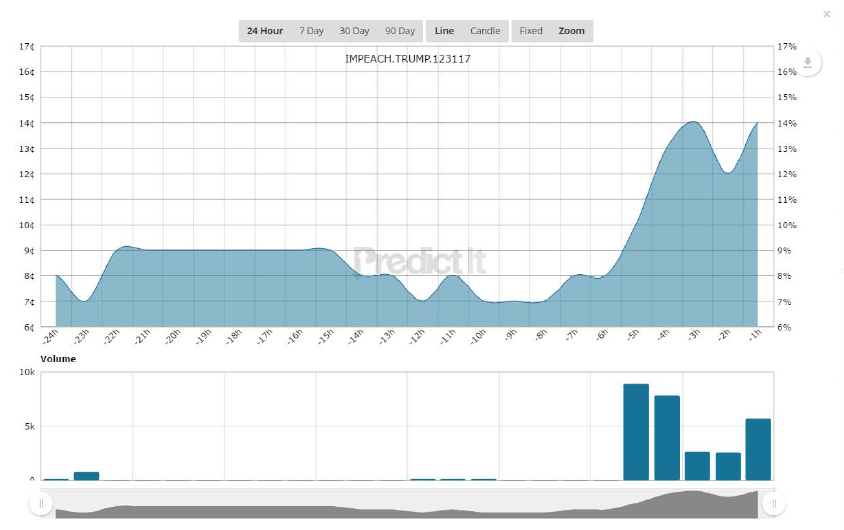 — Another significant repercussion: Every piece of Trump’s agenda just became harder to get through Congress. Democrats will be less inclined than ever to work with this president, and the liberal base will become even less tolerant of red state incumbents collaborating with him. It’s going to be really hard to get to 60 votes for anything Trump wants for a while. Whoever Trump nominates as Comey’s replacement will face a brutal confirmation hearing before the Senate Judiciary Committee. It will get saturation-level media coverage.