Paul Krugman notes the disjuncture between what confidence is being expressed in the Trump economy as measured by surveys, and what the actual data indicate. Here are some additional observations on the disjuncture, based on yesterday’s consumption release.

First, monthly consumption has been flat since December, despite elevated consumer sentiment in the wake Trump’s election. 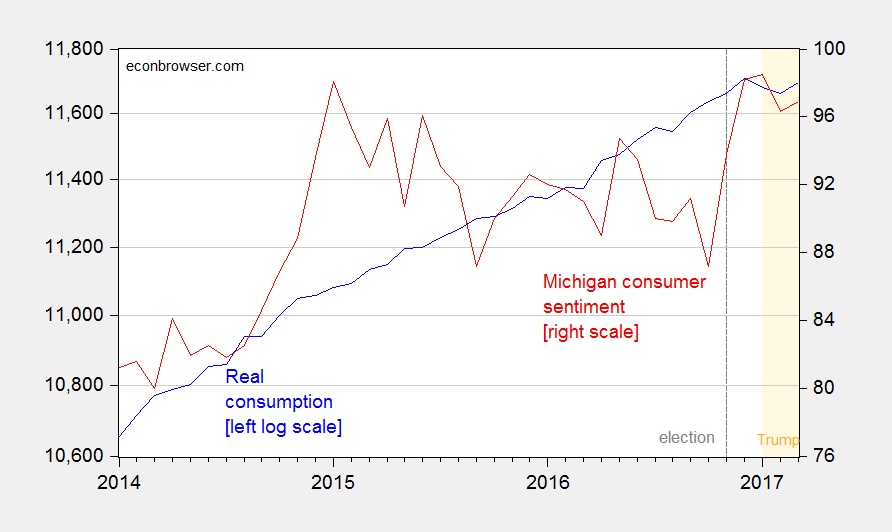 Second, durables consumption is down. 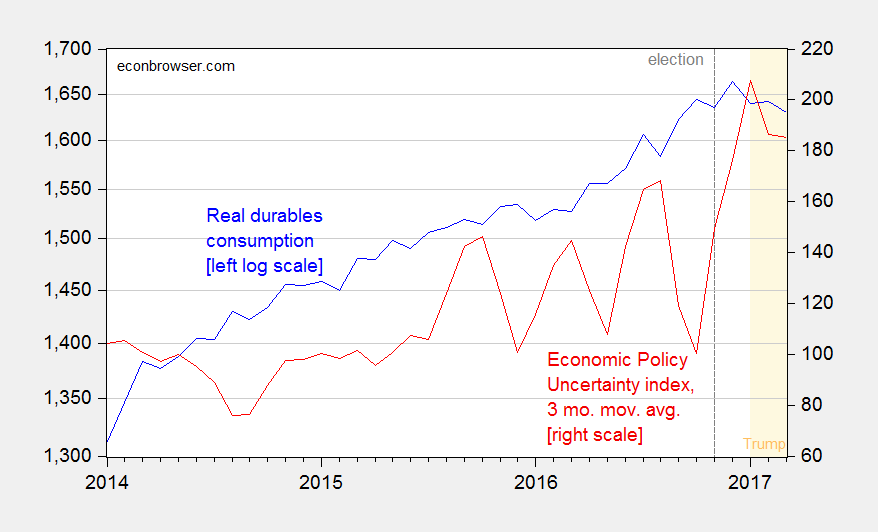 While durables consumption is a relatively small share of overall consumption (most is services and nondurables), movements of durables can be informative regarding expectations of the longer term future and uncertainty. (Services consumption should be approximately a random walk, on the other hand.)

Or, sentiment is mismeasured, and consumption is depressed because the actual level of confidence is actually low.

13 thoughts on “What They Say versus What They Do”