The UK voters look set to provide another surprise. The pound has moved substantially as exit poll data has come out. 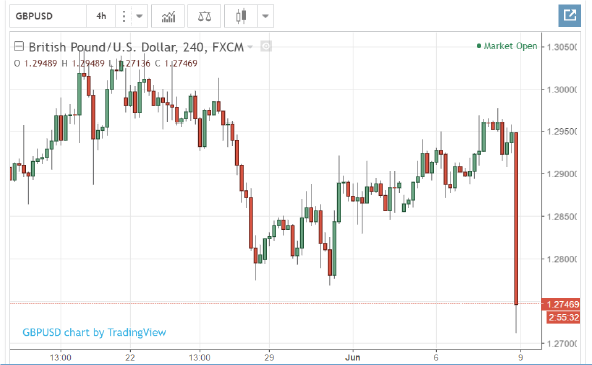 LEE HARDMAN, CURRENCY ANALYST AT MUFG
“The market will be praying that this exit poll has got it wrong. Currency volatility is the best proxy for market fears. If the Conservative ship is sinking then the market will be looking for a life boat.”