And resulting impending cuts to Medicare. 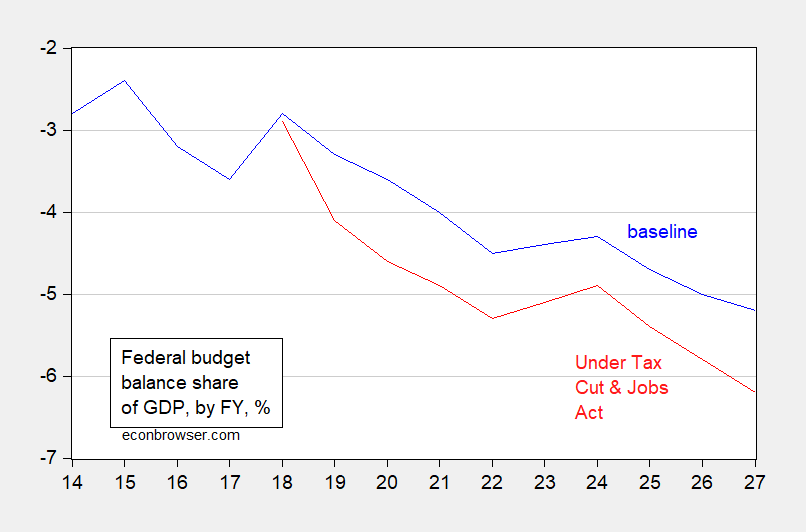 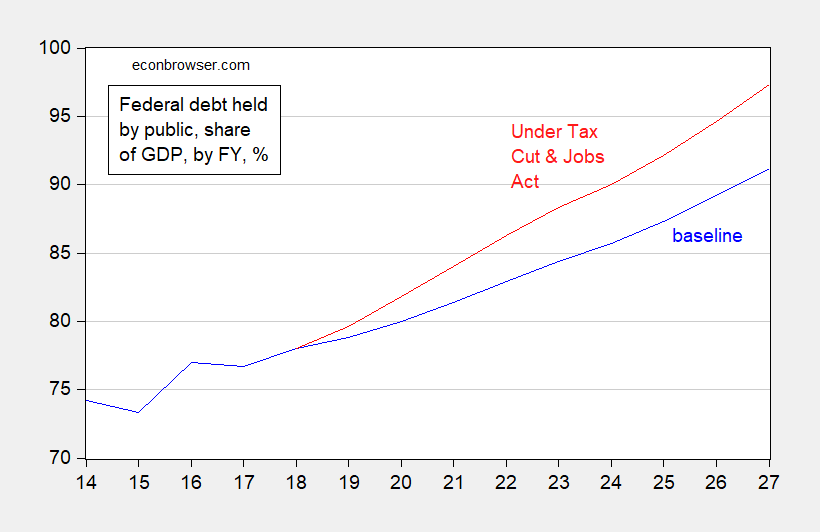 Figure 2: Federal debt held by the public to GDP, by FY, baseline (blue), and under Tax Cut and Jobs Act (red). Source: CBO.

And from the CBO today:

Without enacting subsequent legislation to either offset that deficit increase, waive the recordation of the bill’s impact on the scorecard, or otherwise mitigate or eliminate the requirements of the PAYGO law, OMB would be required to issue a sequestration order within 15 days of the end of the session of Congress to reduce spending in fiscal year 2018 by the resultant total of $136 billion. However, the PAYGO law limits reductions to Medicare to four percentage points (or roughly $25 billion for that year), leaving about $111 billion to be sequestered from the remaining mandatory accounts. Because the law entirely exempts many large accounts including low-income programs and social security, the annual resources available from which OMB must draw is, in CBO’s estimation, only between $85 billion to $90 billion, significantly less than the amount that would be required to be sequestered. (For a full list of accounts subject to automatic reductions, see OMB Final Sequestration Report to the President and Congress for Fiscal Year 2018, http://go.usa.gov/xRQDt.)

Given that the required reduction in spending exceeds the estimated amount of available resources in each year over the next 10 years, in the absence of further legislation, OMB would be unable to implement the full extent of outlay reductions required by the PAYGO law.