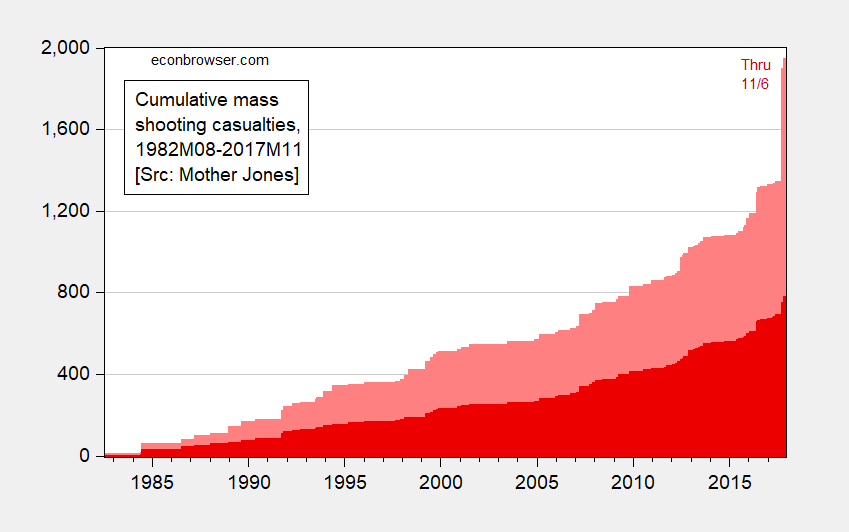 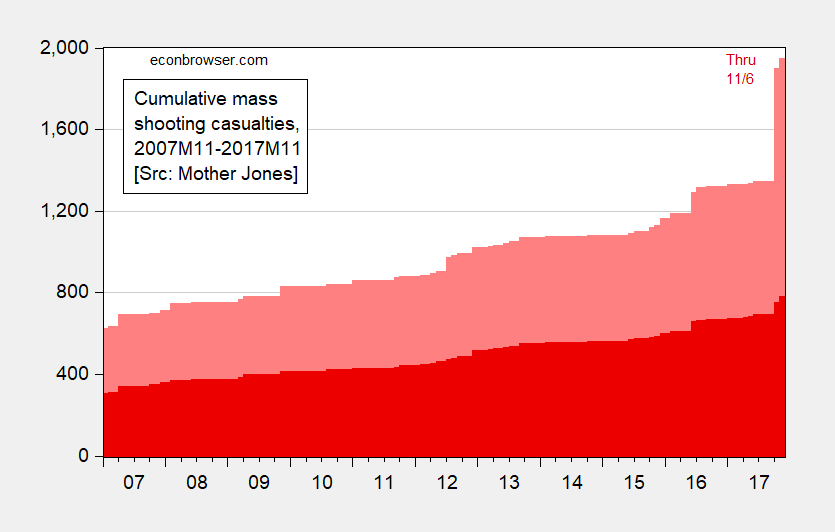 This graph is for this commenter. 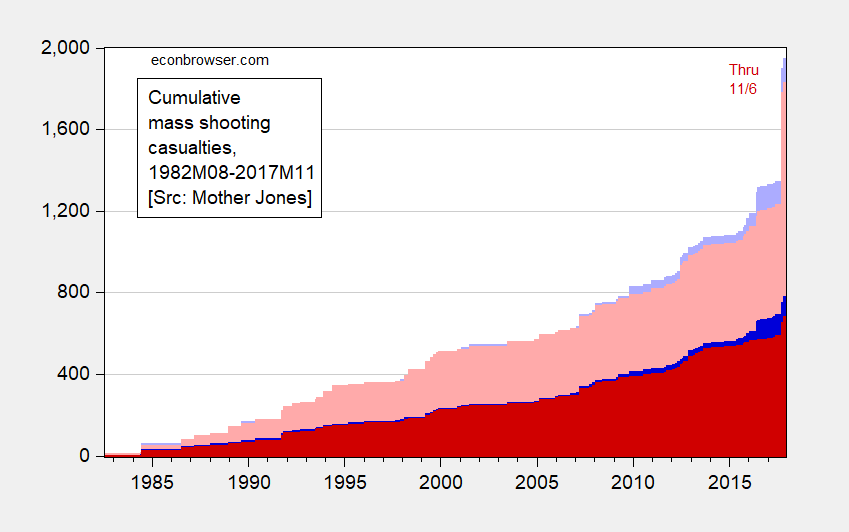 The database underpinning these graphs provides some incomplete information on types of weapons used, and demographic breakdown of the perpetrators.