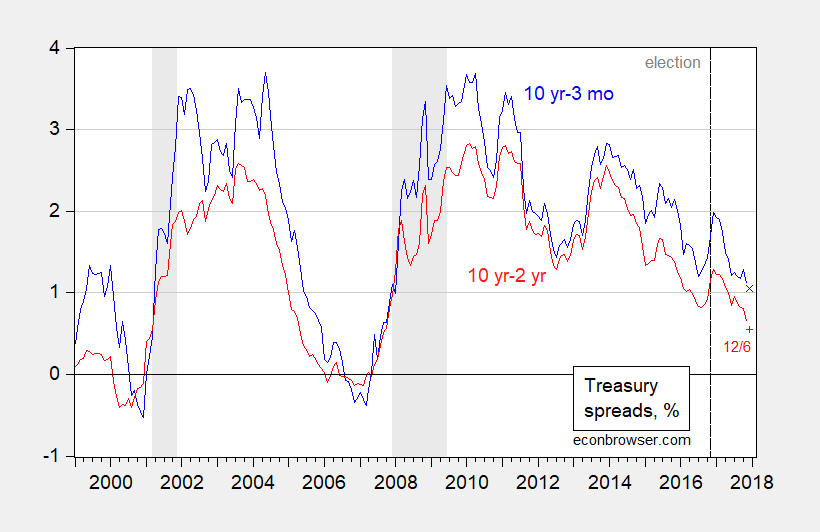 In general, once the yield spread is shrinking, it continues to shrink (so the question posed pertains to observations of the 1% threshold being breached as the spread goes down). You can see these instances where the yield curve breaches 1% from the topside in the following graph (red arrows). 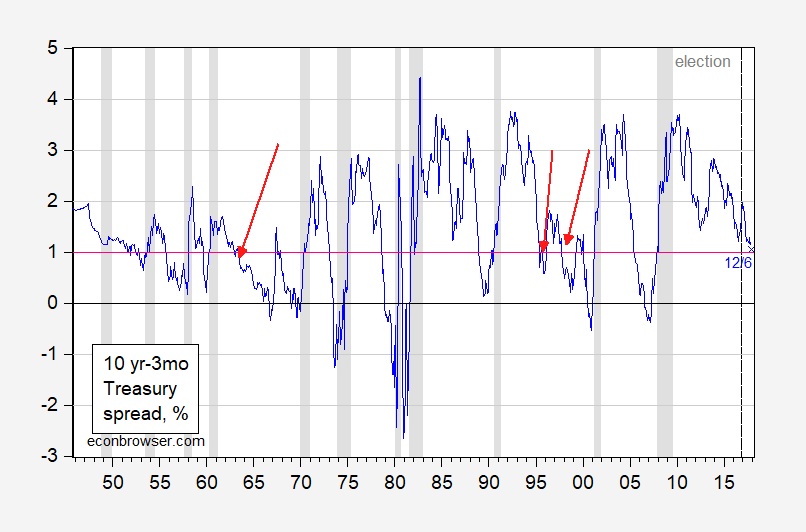 So…inversion (which is increasingly considered plausible) is not necessary to say a recession is likely impending.

This is a informal approach; a formal, statistical approach involves running a probit regression 1967M01-2017M11:

Both coefficients are statistically significant (the McFadden R2 = 0.22); the implied probability of recession is 16% for May 2018.

This is slightly higher than the estimates I obtained using this specification back in September. Of course, this formal forecast assumes that the behavior of the term premium is unchanged over time, a presumption that is questionable.

26 thoughts on “Post-War, How Many Times Has the 10yr-3mo Spread Fallen below 1% Without a Recession Following?”