Thus spake the Mr. Trump, on a day that the October trade figures were released, indicating a deteriorating balance. 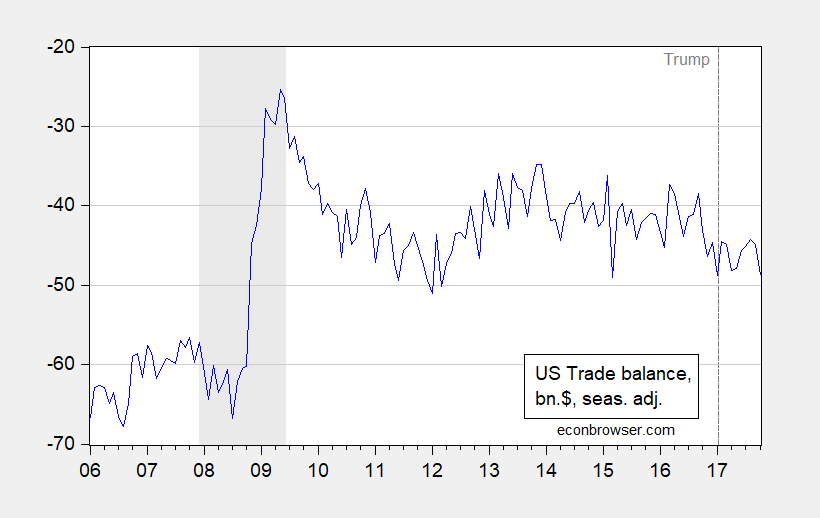 He’s right. If the tax cuts go through, the deficits are going to get larger, despite any protectionist measures that Mr. Trump might implement. Michael Klein and I make this point in our newest Scholars Strategy Network brief:

Trump administration errors in basic economic thinking could very well produce bad effects. Efforts to reduce U.S. trade deficits by taxing imports – such as imports of finished products from China – would force American consumers to pay higher prices and could also hurt U.S. companies that depend upon imported inputs. These policies are also likely to lead to retaliatory trade policies from countries like China. Efforts to reduce overall trade deficits, in the mistaken view that these contribute to a drag on the economy, could also derail growth. It is also important to note that some of the Administration’s proposed policies, such tax cuts and increased private sector investment, would likely lead to growing trade deficits, setting up conflicts among the competing tactics of an Administration that often fails to understand economic complexities.

17 thoughts on ““We have trade deficits with everybody””