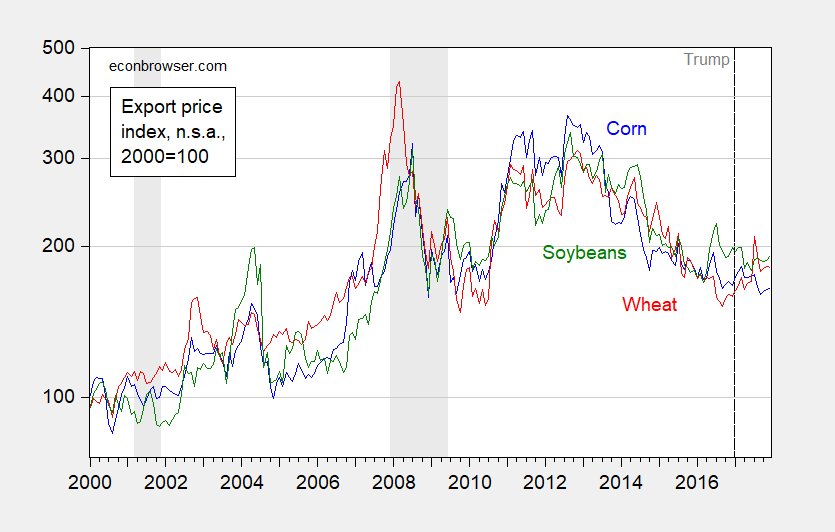 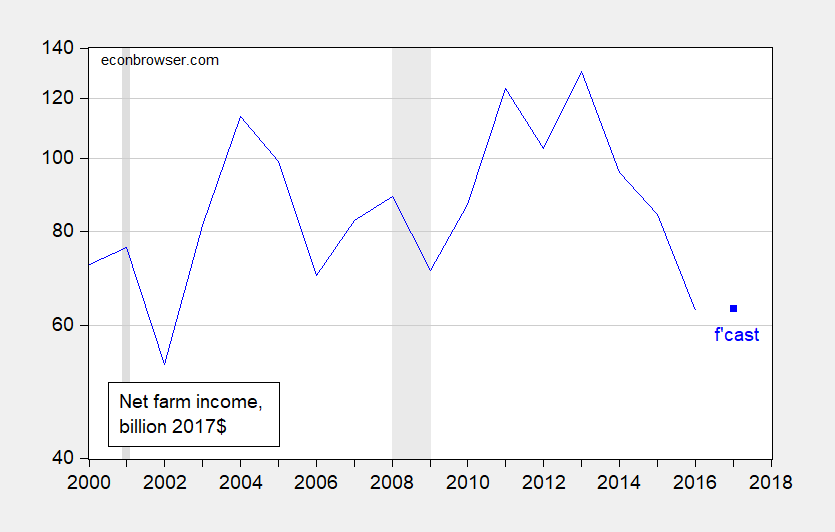 If the Administration should go through with withdrawal from NAFTA, prices should decline further as Mexican and Canadian barriers against US agricultural exports rise. If China should retaliate against U.S. agricultural exports in response to recent (solar panels, washing machines) and incipient protectionist measures, then prices and quantities will be furthe pressured.

This takes place in a context wherein, despite a weakening dollar, real exports of food, feed and beverages have decreased. 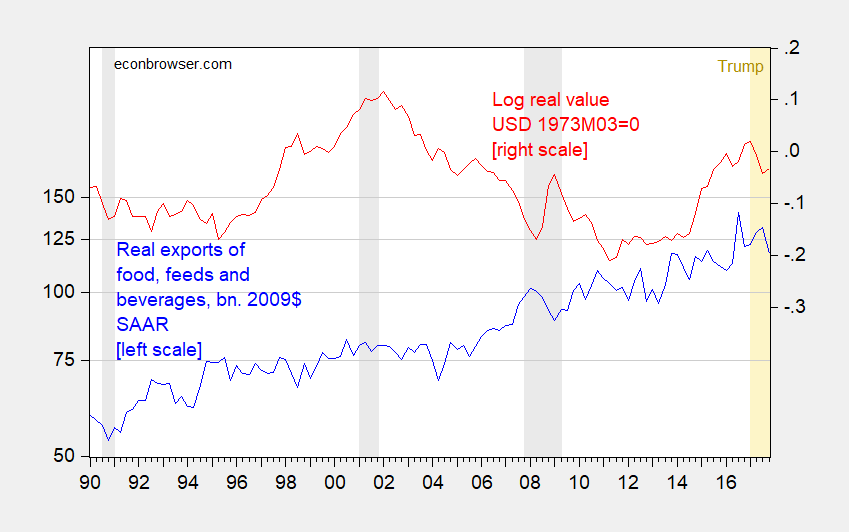 Food exports are down 3.1% year-on-year.

47 thoughts on “Farm Sector Prices and Income under Mr. Trump”