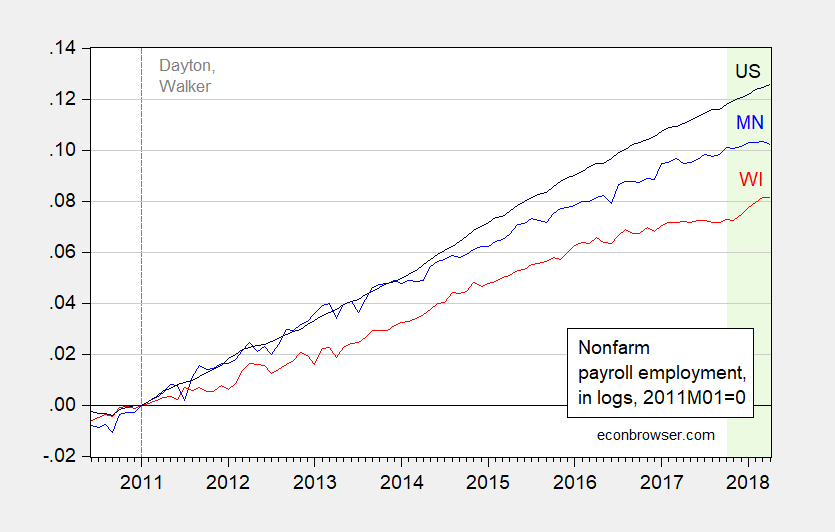 A comparison against Wisconsin’s other neighbors is here (through February; BLS will release data for all states tomorrow).

One needs to be cautious in interpreting recent data, let alone one month’s worth. In this regard, it’s important to remember that the data since October of 2017 does not reflect additional data obtained from the Quarterly Census of Employment and Wages (QCEW) and other sources. Wisconsin’s overall nonfarm payroll employment numbers were substantially revised as of the January 2018 release. (A similar caveat applies to Wisconsin manufacturing employment). 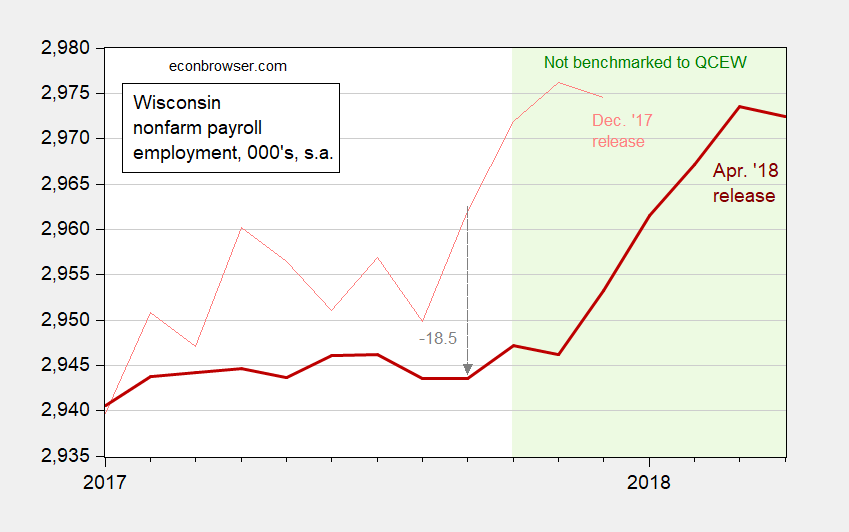 Private nonfarm payroll employment as of April is still 9,700 below the promised 250,000 new jobs by January 2015 that Governor Walker recommitted to in August 2013. 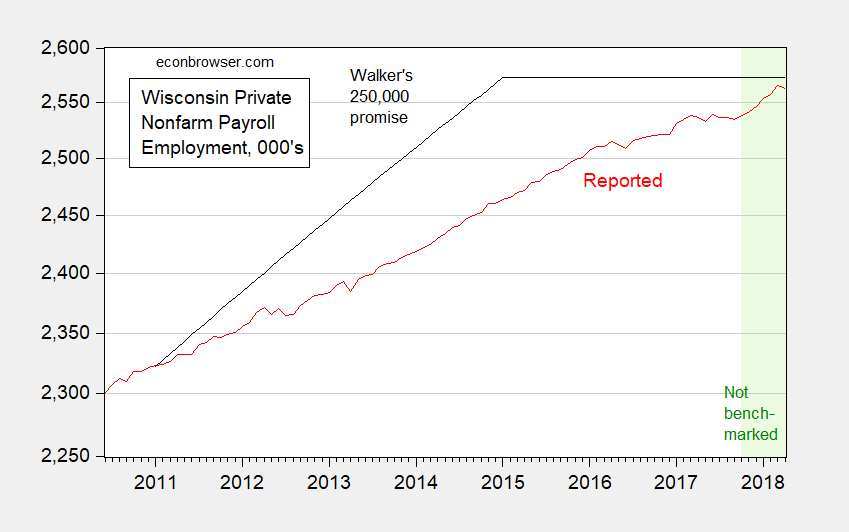 6 thoughts on “April Employment in Wisconsin”