President Donald Trump has requested the United States Trade Representative to identify $200 billion worth of Chinese goods for additional tariffs at a rate of 10 percent.

The new duties will go into effect “if China refuses to change its practices, and also if it insists on going forward with the new tariffs that it has recently announced,” the White House said in a statement late on Monday.

The move came after the Trump administration on Friday announced that the U.S. would impose a 25 percent tariff on up to $50 billion of Chinese products. Tariffs on an initial list of goods worth some $34 billion will kick in on July 6.

Upate, 5:06PM Pacific: And here is the press release, via Christina Wilkie: 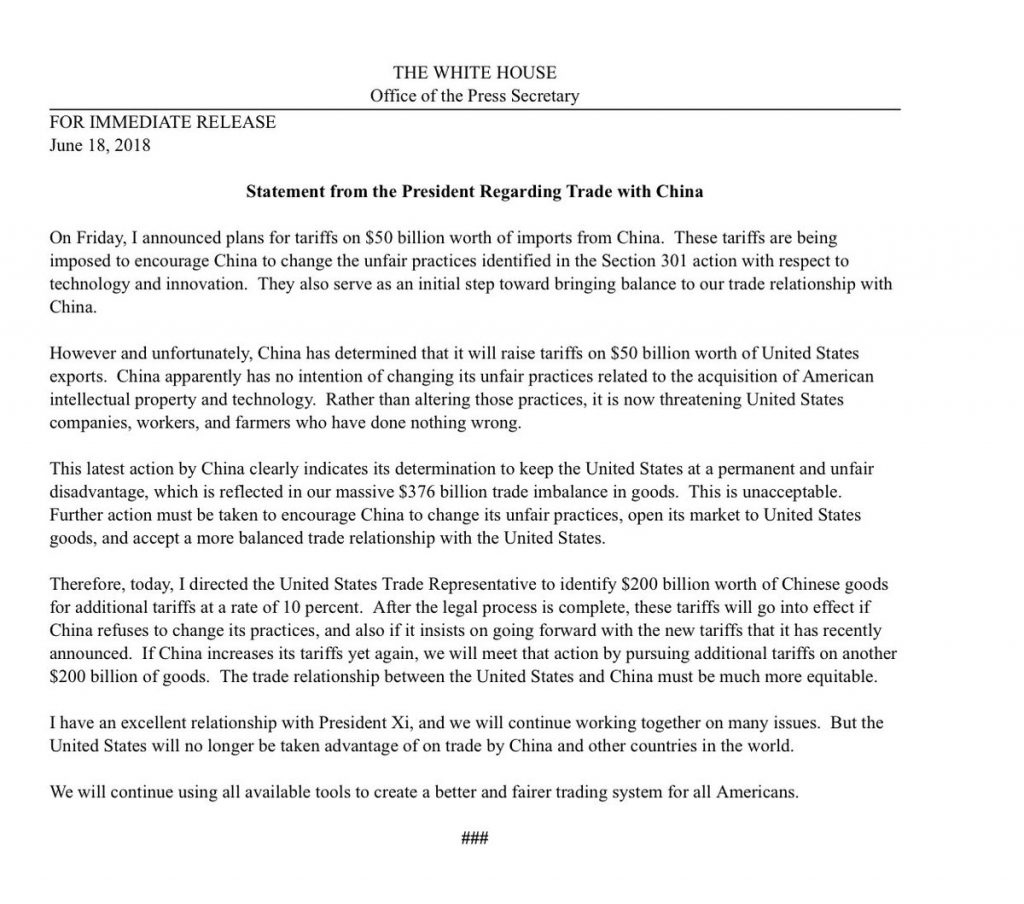 26 thoughts on “What Does This Mean? Trump asks USTR to…”identify $200 billion in Chinese goods for additional tariffs at 10% rate””