Soybean harvesting begins soon, with the new market year (9/1-), and it was thought by some observers that as China would have to eventually access American soybeans, so prices would recover. That event has not occurred. 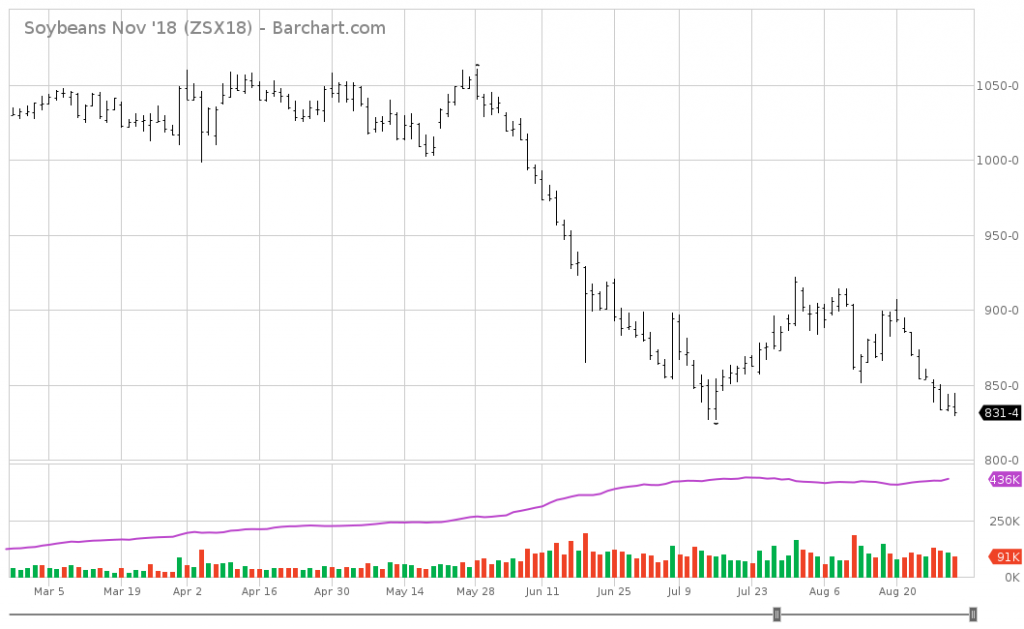 American soybeans continue to sell at a substantial discount, as shown here: 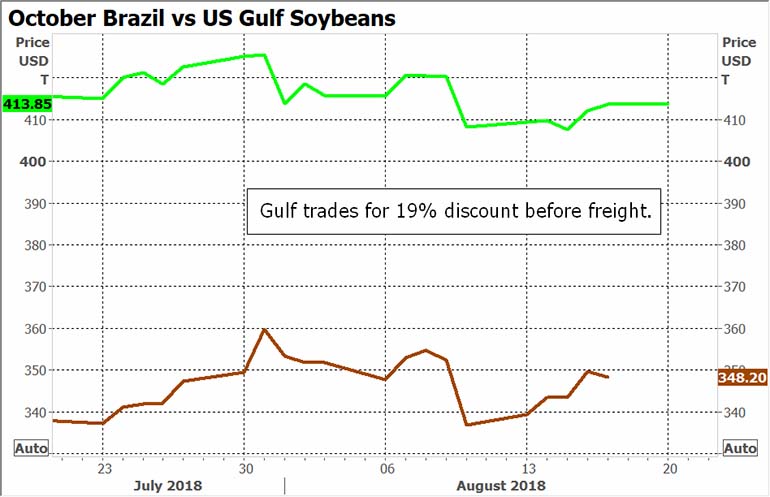 Nor have hog prices recovered. 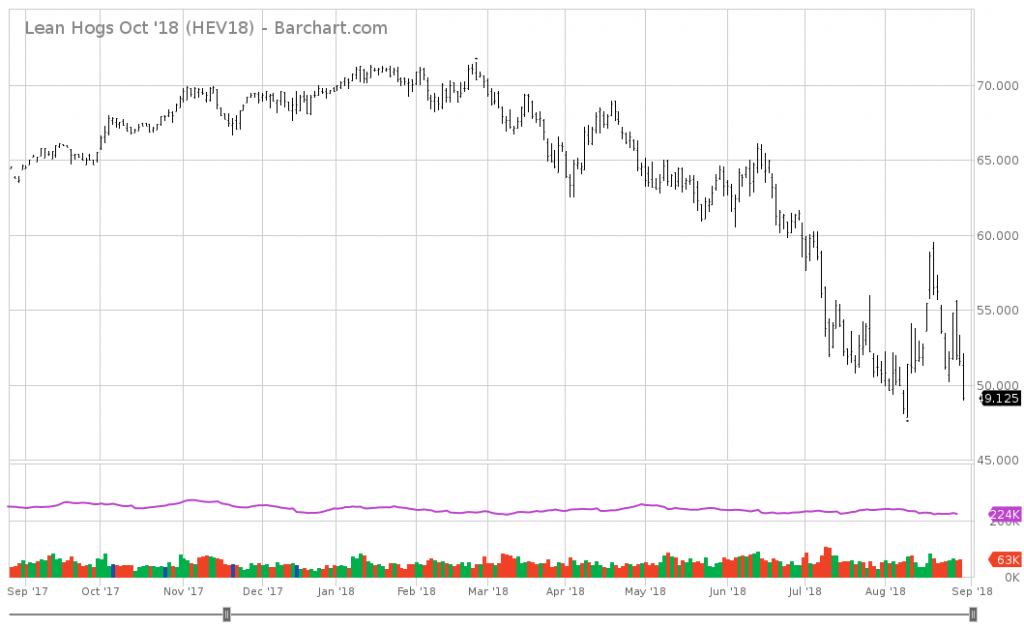 While the administration has announced some amount of $12 billion support, only a part of which will be in the form of price supports, this is not factored into the rather dismal reading in the August 2018 farm income forecast: 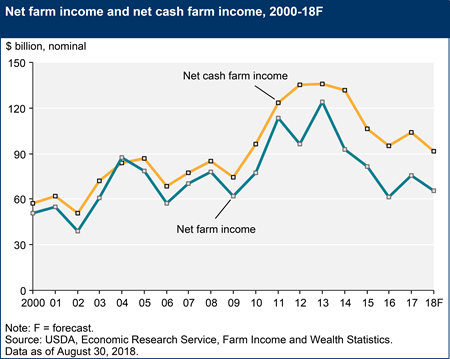 Net cash income is forecasted to decline. Certainly not all of the $12 billion package announced is going to farmers, so it is not clear to me that 2018 net cash income will be stabilized. (The USDA announcement of 8/27 indicates initial payments of around $6.2 billion; $4.7 is noted in this article.)

It is interesting to note that the payment rate of $1.65/bu is about 80% of the price drop registered since May 2018. (or $0.825/bu for initial payment, as noted in this article; if additional need is found, the other 50% will be disbursed.)

39 thoughts on “The Recovery in Agricultural Futures, Post-Tariff Imposition”