This Saturday, the Center for Contemporary Opera presents scenes from an opera composed by Laura Schwendinger, libretto by Ginger Strand. 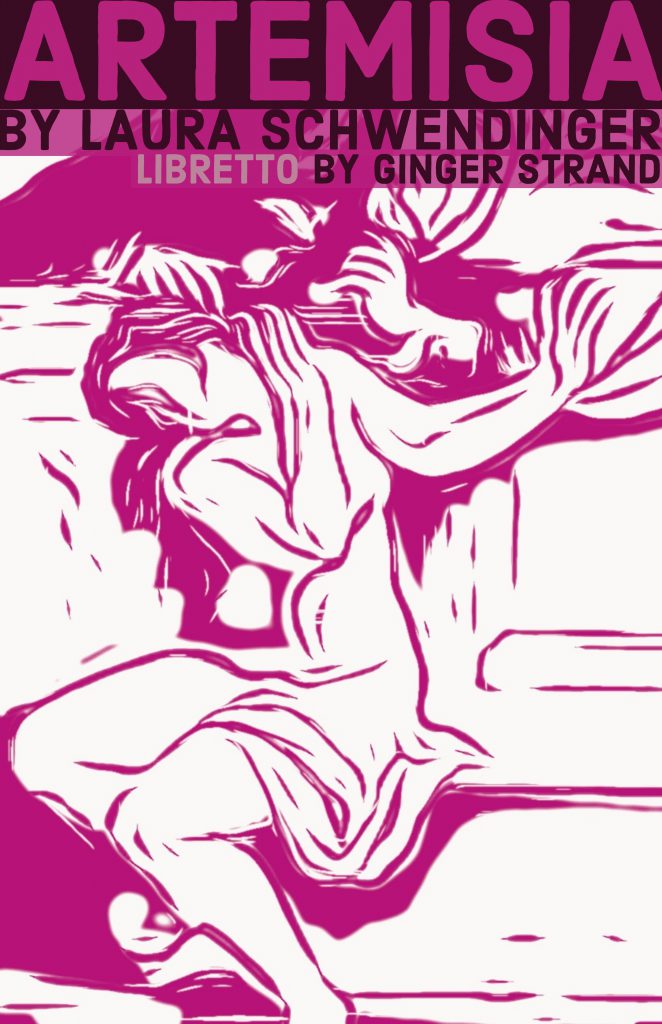 Artemisia Gentileschi was born in Rome in 1593, the eldest child of the Tuscan painter Orazio Gentileschi and was one of the most important followers of the Caravaggist style. Artemisia Gentileschi achieved renown in an era when women painters were not accepted by patrons and was the first women member of the Accademia di Arte del Disegno in Florence. Her painting of the Judith story, Judith Slaying Holofernes, is perhaps the most well-known of the subject in art. As a sixteen year-old, Artemisia was raped by Agostino Tassi, while she was studying with him. Orazio pressed charges against Tassi. Artemisia was subjected to torture to verify her testimony. At the conclusion of the trial, Tassi was sentenced to prison for one year, but never served. The court case seemed to overshadow Artemisia’s achievements as an artist for many years, however today, she is regarded as one of the most advanced painters of her time.

In a Tableau Vivant of Artemisia’s great painting “Susanna and the Elders”, we see the canvas come alive as an autobiographical scene. In Artemisia’a fevered mind, Susanna now embodies Artemisia as a young woman, on the day Agostino Tassi raped her.

She is in her garden, bathing. The bees hum and swirl around her, heard in the florid lines of wind instruments that spiral around Susanna’s vocal lines. The elderly men behind the wall watch and harass her, threatening to rape her if she does not offer herself to them. In the tableau vivant, the two men now become Agostino Tassi and Cosimo de Medici. The two that came the day Artemisia was raped. The elderly Artemisia enters the scene and starts to question Tassi, Cosimo and Susanna, as the embodiment of the young Artemisia. In this moment, the elder Artemisia is the inquisitor and through this “inquisition” Artemisia relives the most horrible day of her life, when Agostino Tassi raped her.

7 thoughts on “Scenes from Artemisia: An Opera of Passion, Betrayal and Art”