I have no idea if they’re a particularly good predictor of recessions, but January sales have fallen 40% relative to a year previous… 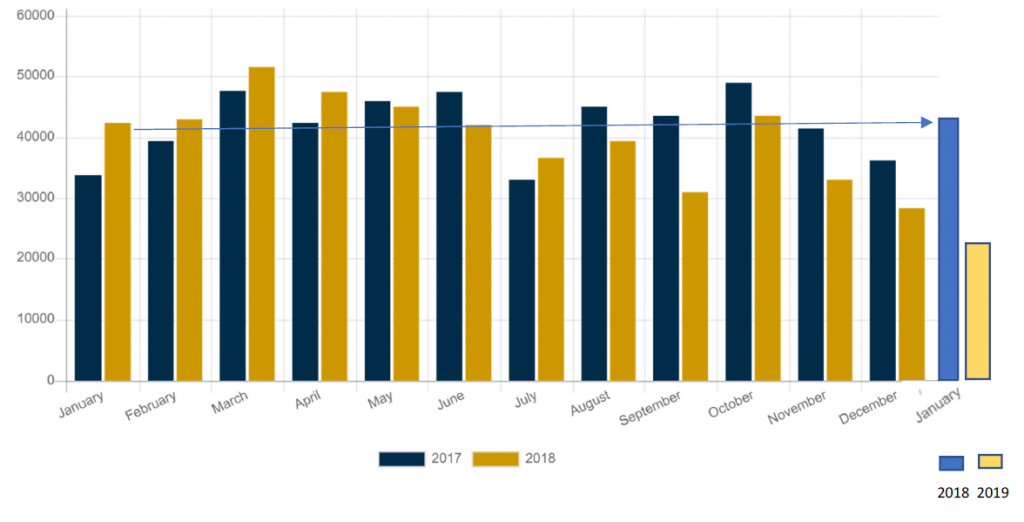 A longer time series suggests a slowdown at a minimum. 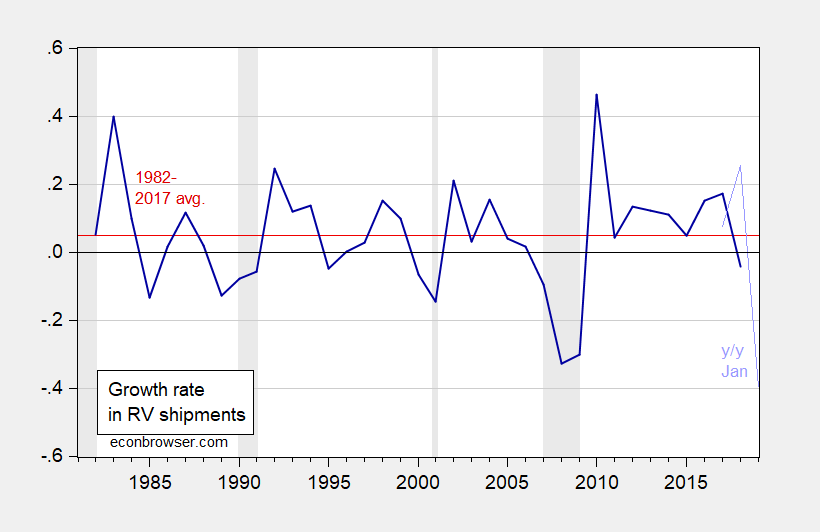 The 16% probability is less than the 20% probability the model implies for 2001, and the same as the probability estimated for 1996 (a year that NBER did not declare a recession).