56% at noon Pacific today, according to PredictIt: 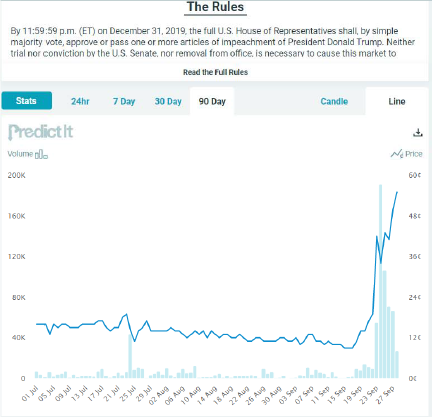 That is, articles of impeachment approved within the next three months.