PredictIt at 11am Pacific today: 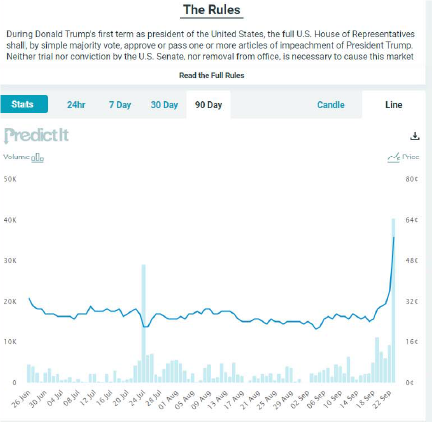 32 thoughts on “PredictIt: “Will Donald Trump be impeached in his first term?””