Nominal GDP targeting has been proposed as an alternative to the Taylor principle. One challenge to implementation is the relatively large revisions in the growth rate of this variable (and don’t get me started on the level). 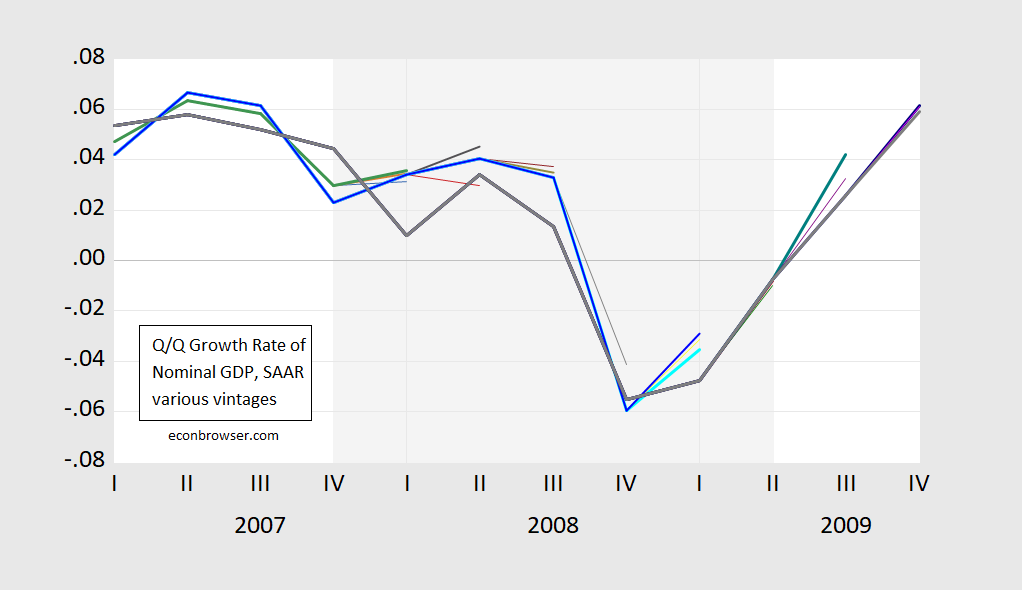 How big are the revisions? The BEA provides a detailed description. This table summarizes the results. 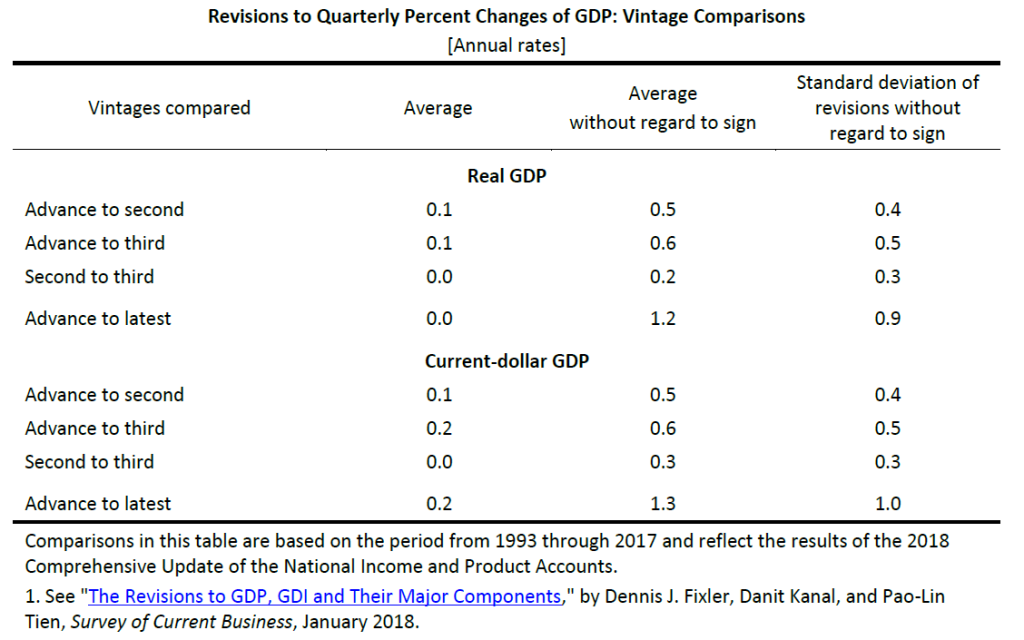 Compare against the personal consumption expenditure deflator, at the monthly — not quarterly — frequency; the mean absolute revision is 0.5 percent going from Advance to Third. The corresponding figure for Core PCE is 0.35 percent.

Admittedly, the estimation of output gap is fraught with much larger (in my opinion) measurement challenges, as it compounds the problems of real GDP measurement and potential GDP estimation; this is a point made by  Beckworth and Hendrickson (JMCB, 2019).

One interesting aspect of the debate over nominal GDP targeting relates to growth rates vs. levels. If it’s growth rates, there is generally a “fire and forget” approach to setting rates. An actual nominal GDP target of the level implies that past errors are not forgotten (McCallum, 2001) (this is not a distinction specific to GDP; see the inflation vs. price level debate).  Targeting the level faces another — perhaps even more problematic — challenge, as suggested by Figure 2. 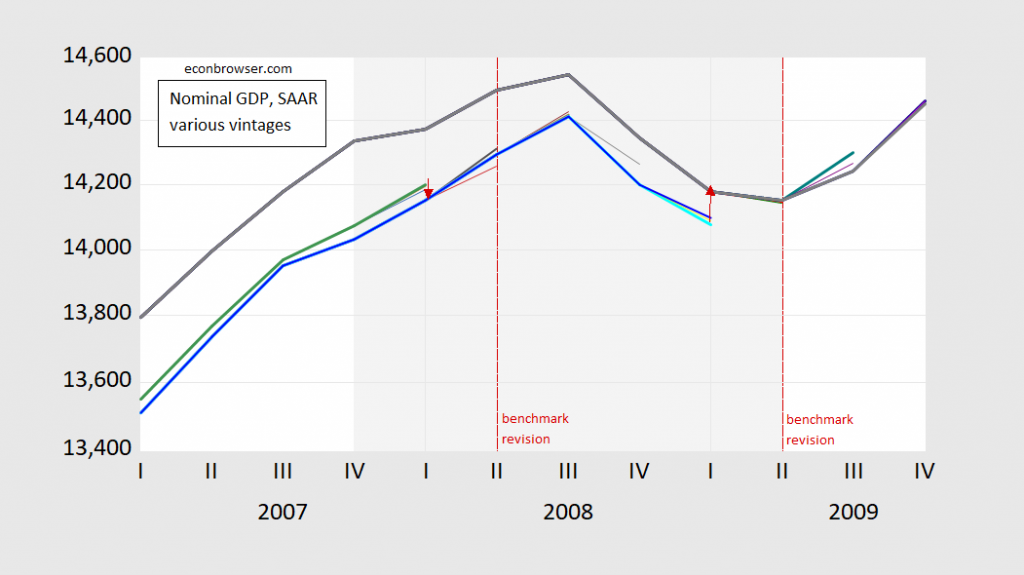 Revisions can be large at benchmark revisions, shown as dashed lines in the above Figure. But even nonbenchmark revision can be large, as in 2009Q3. ( Beckworth (2019) suggests using a Survey of Professional Forecasters forecast relative to target and a level gap as means of addressing this issue — I think — insofar as the target can be moved relative to current vintage.)

None of the foregoing should be construed as a comprehensive case against some form of nominal GDP targeting. But it suggests that the issue of data revisions in the conduct of monetary policy is not inconsequential.

Reader joseph notes the revisions in the natural rate. Here is a graph of various vintages of natural rates (long run) as estimated by CBO. 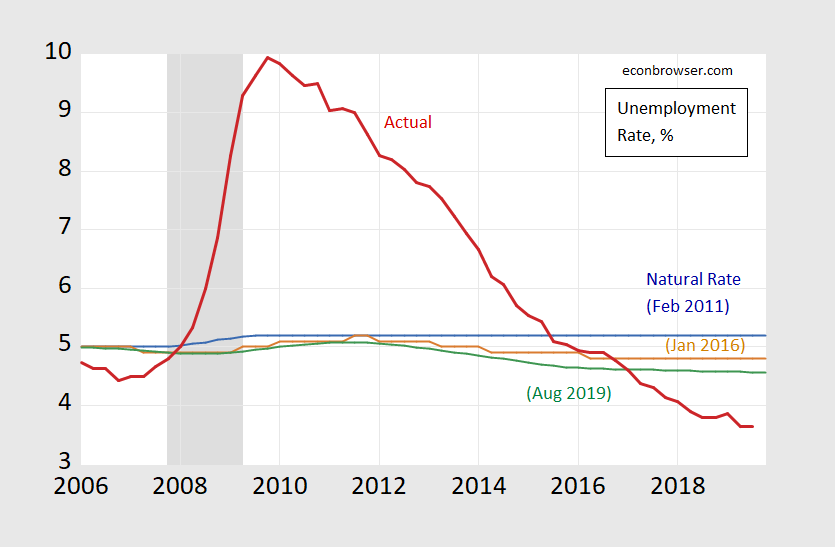 49 thoughts on “Nominal GDP Revisions (vs. Others)”