Yesterday’s employment release indicated a deceleration in nonfarm payroll (NFP) employment growth. Data from other sources suggests that the deceleration over the last year is more marked than indicated by the establishment survey.

First, consider the deceleration relative to 2017-18 (stochastic) trend, in Figure 1. 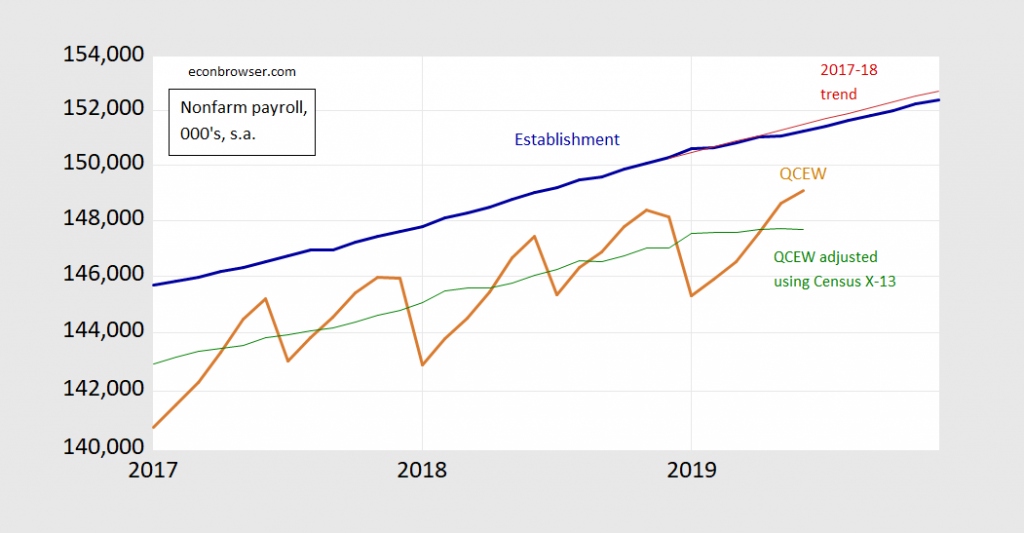 Notice that total employment growth as measured by the Quarterly Census of Employment and Wages (QCEW) has decelerated, but more markedly than the establishment survey measure. This is hard to see due to the seasonality in the series. Applying the Census X-13 seasonal adjustment procedure on the log transformed QCEW series confirms the deceleration. 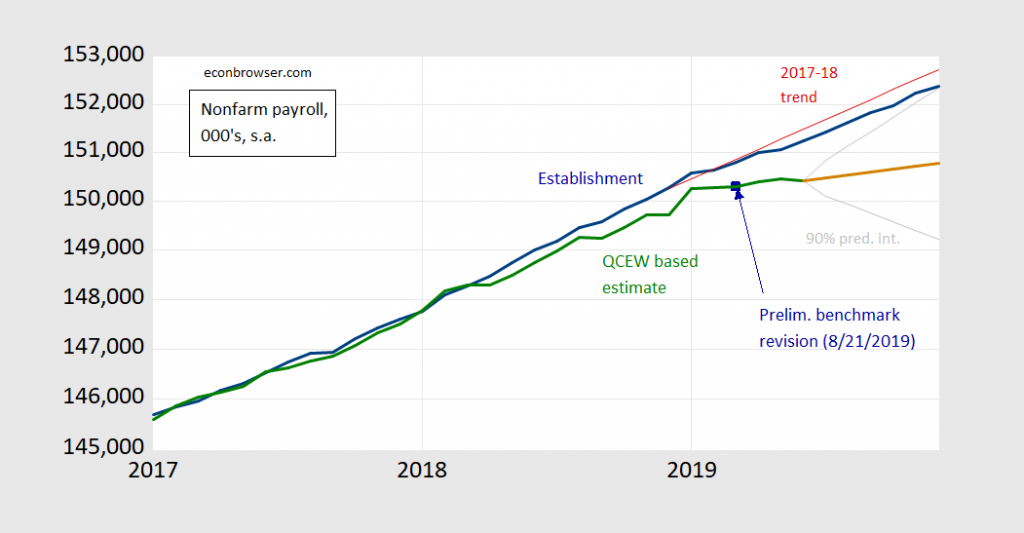 I know some observers will note that civilian employment from the household survey indicates nearly double the growth rate of that from the establishment (2% vs. 1.1%, m/m annualized, in log terms). However, y/y, household lags at 1.25% vs. 1.39%. In addition, as Furman notes, it’s the household series is almost irrelevant for inferring high frequency movements in the labor market.

What does this imply for business cycle indicators, particularly those followed by the NBER’s Business Cycle Dating Committee? The conventional indicators are shown in Figure 3. The alternative nonfarm payroll employment indicator is shown in Figure 4. 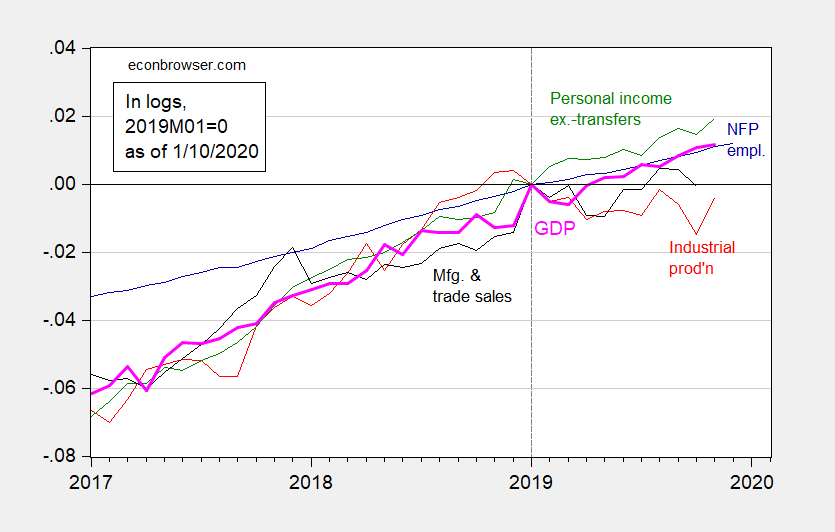 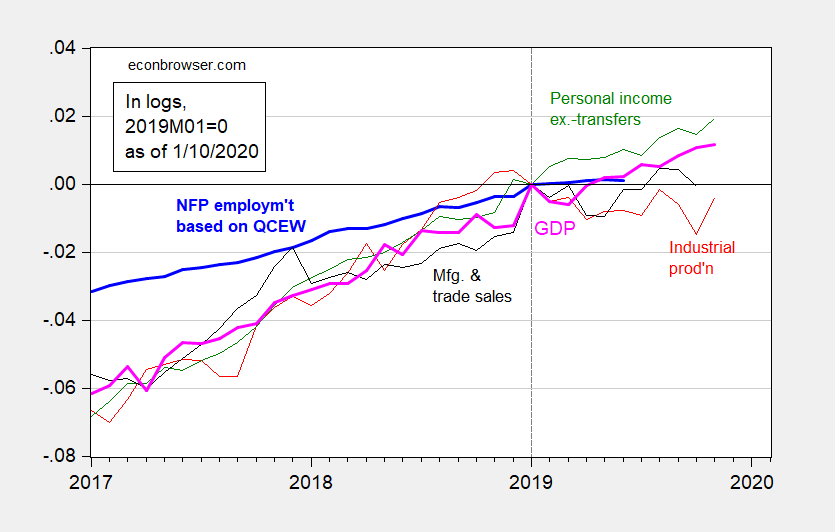 The employment series now seems more in line with monthly GDP, industrial production and manufacturing and trade sales, at least through 2019M06. Note that even then, the 3 month change in employment so measured has not gone negative as of 2019M06, as one would expect in a recession.

All data in used in this post: Data [xls]

Here are the establishment, preliminary benchmark, and QCEW total on a year-on-year basis. 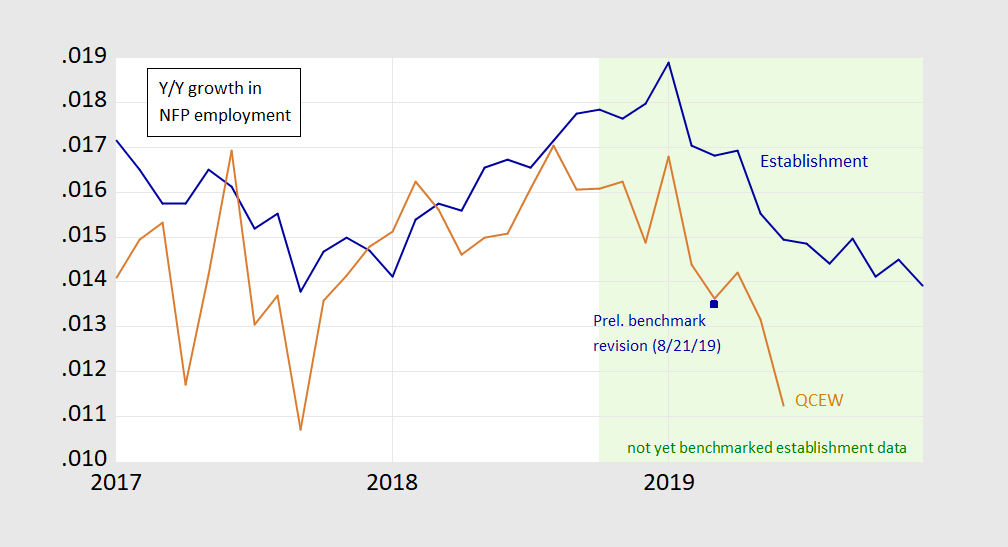 10 thoughts on “Is Employment Growth (a Lot) Lower Than We Think?”