If you despair of the administration bringing us safely through this test, then let this provide some hope, click here. 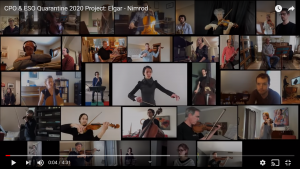 Elgar’s Nimrod Variation IX, from the Enigma Variations – musicians of the Calgary Philharmonic Orchestra and the Edmonton Symphony Orchestra.

18 thoughts on “For These Times”