I hear a lot about deaths rising with recessions. What does the data indicate about the robustness of such a relationship?

Below is a plot of the deaths/population ratio, in logs. 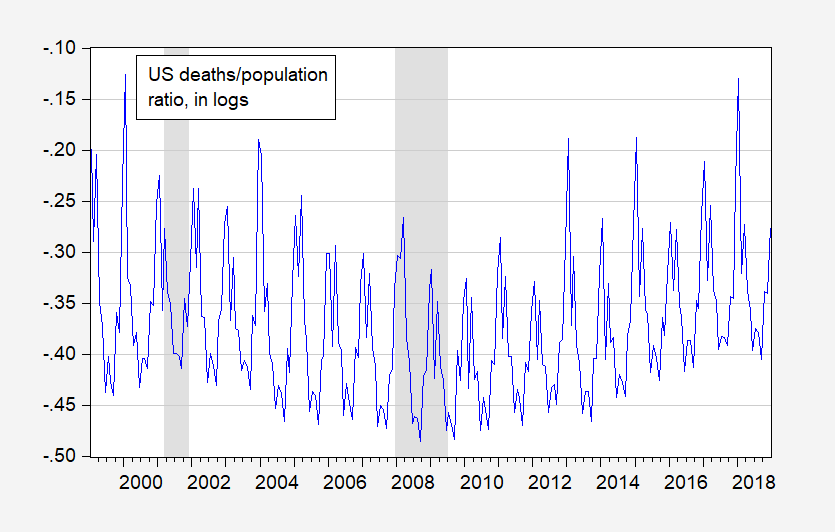 Estimating a log-log regression of deaths on population, 1999-2018, one finds that the semi-elasticity of deaths with respect to recession is -1.5%, although it is not statistically significantly different from zero. 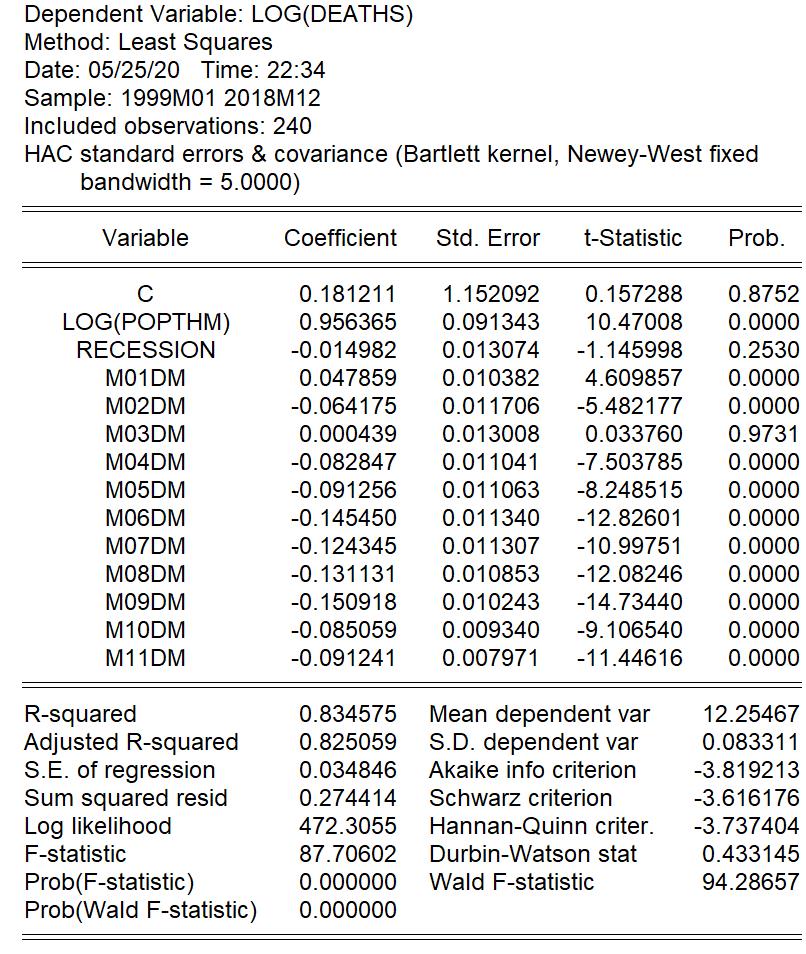 Interestingly, augmenting the regression with a “Trump dummy” leads to a Trump effect of 6.4% (statistically significantly different from zero at the .01%).

16 thoughts on “The Elasticity of Mortality with Respect to Recession”