Nationwide, labor force down 2.7% from February, and down 2.4% from year ago. 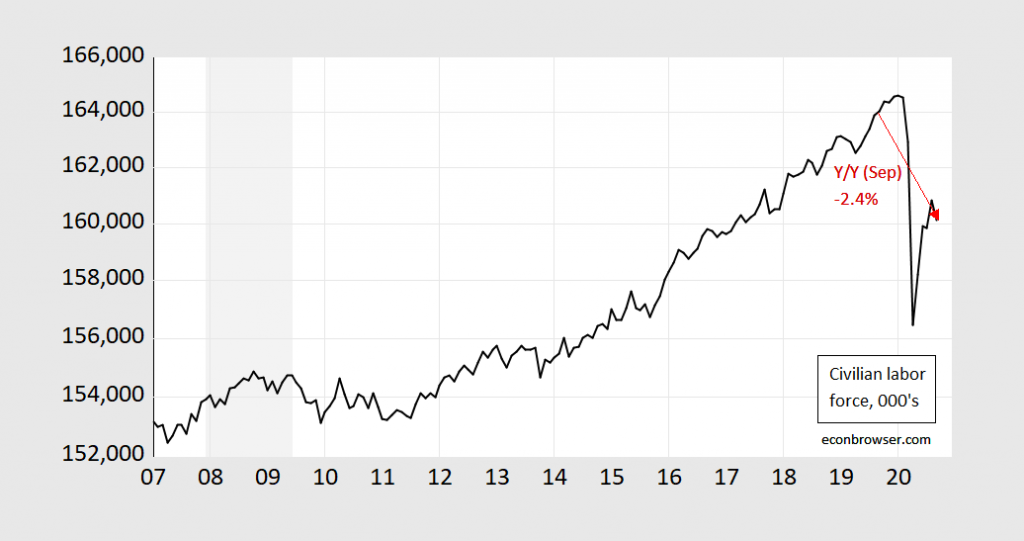 In other words, the labor force declined in September, indicating that the labor market recovery has at a minimum slowed, and the scarring effects are getting more pronounced as more people drop out of the labor force administratively defined. (One has to be careful about inferring trends from m/m changes, particularly at the statewide level when it comes to household survey based figures.)

Two days ago, state statistics — which are subject to greater measurement error and calculated using a different methodology — indicated variability in the labor force decline. 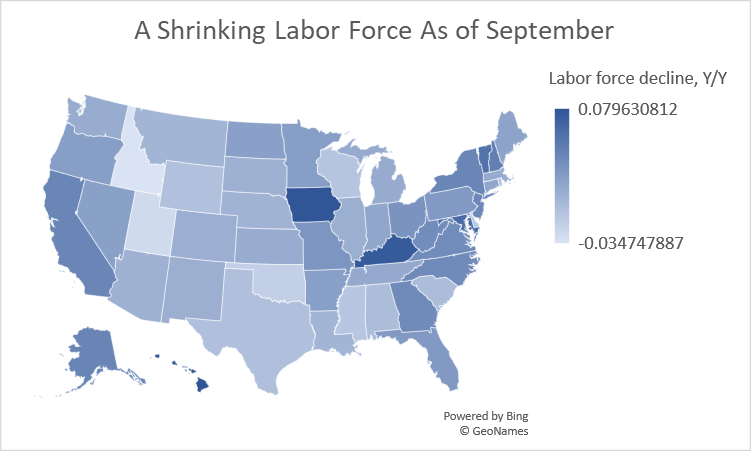