Moreover, Wisconsin GDP has fallen further since the 2019Q4 peak as defined by NBER. 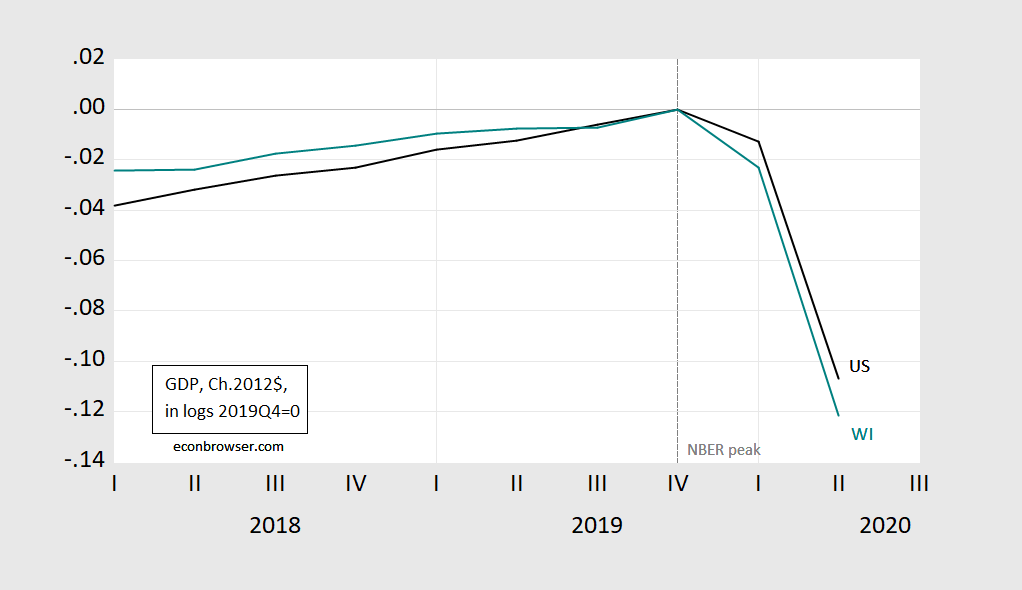 The sectoral distribution of the decline is not too dissimilar to that nation-wide. Manufacturing takes a slightly bigger hit — 13.5% decline in Wisconsin vs. 13% nationwide — reflecting Wisconsin’s greater manufacturing intensity. 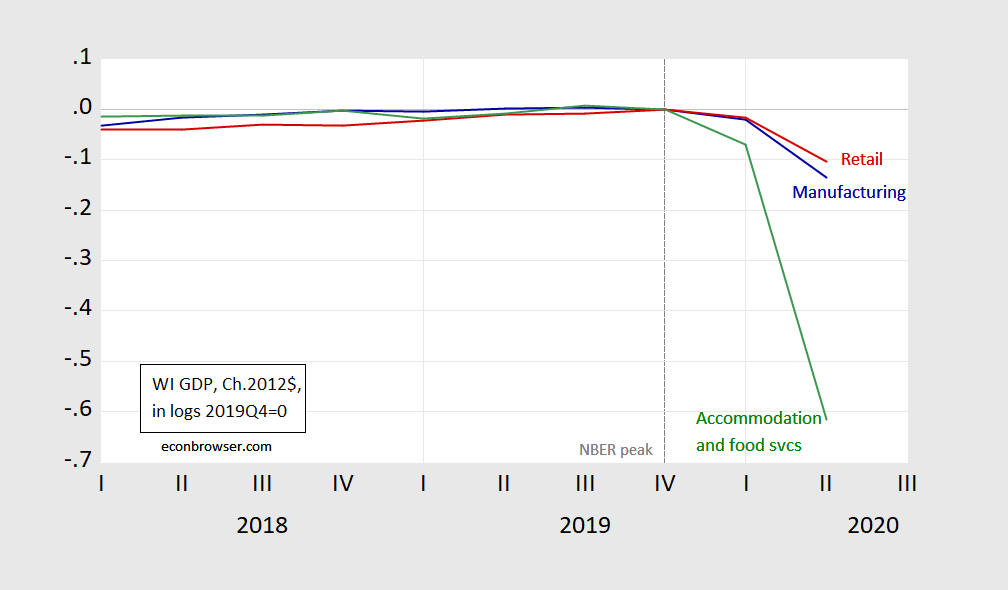 That’s Wisconsin; here’s the US: 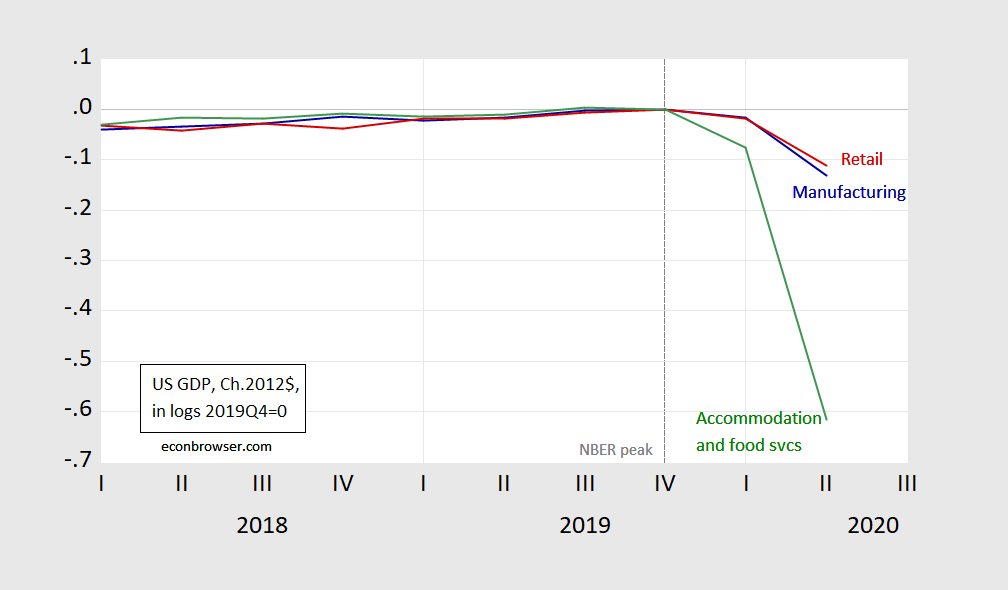 Accommodation and food services accounts for only about 2.5% of Wisconsin GDP on average, so the drop in that sector shouldn’t be taken as a collapse in the Wisconsin economy. However, it accounts for a larger share of employment, roughly 8% pre-Covid19; hence, there should be a lot of concern regarding employment outcomes here. One particularly troubling aspect is the drop in government spending on goods and services (this number excludes transfers). 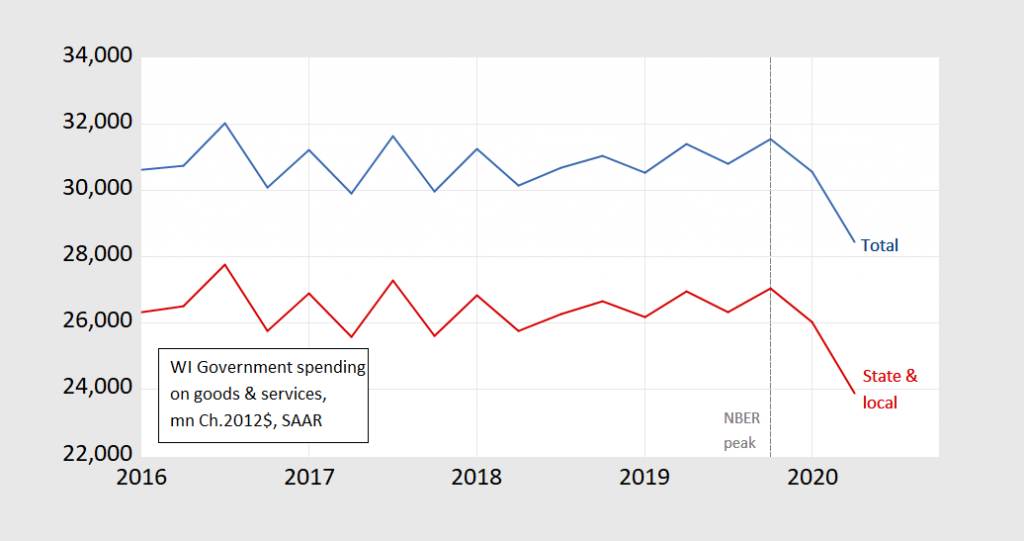 As tax revenues remain at depressed levels, the failure of the Federal government to provide aid to the states will increasingly constrain further spending, heightening the hardship faced by average Wisconsinites.