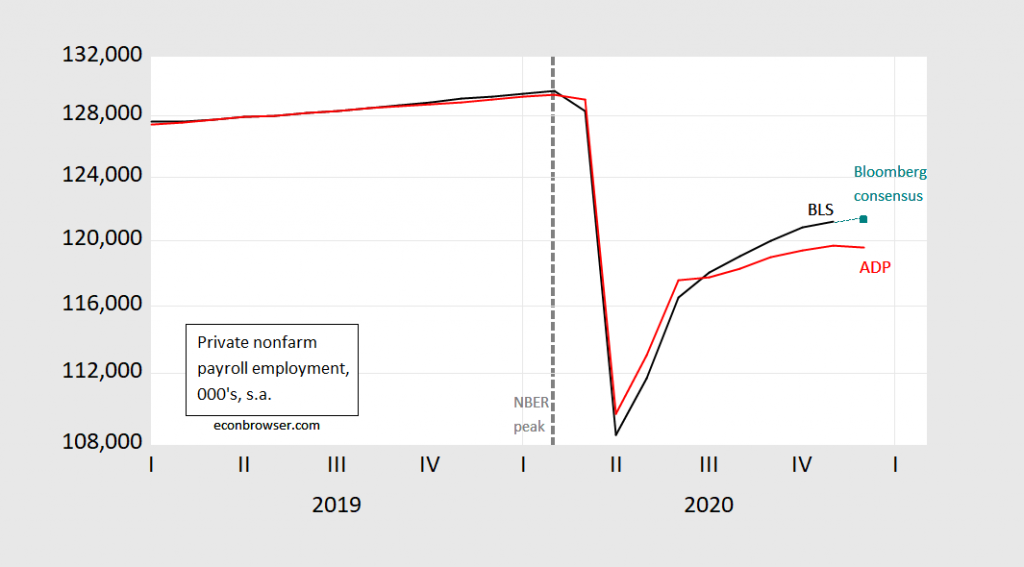 In normal times, the ADP release is considered relatively uninformative (relative to previous BLS numbers). However, the adjusted R-squared for April-November 2020 of log first-difference of BLS series on ADP series is 0.997, and 0.873 for April 2002-December 2019. Hence, we might be attribute a little more weight than usual to the ADP release.