Upgrades in forecasted growth rates,  largely due to expectations of widespread vaccinations. 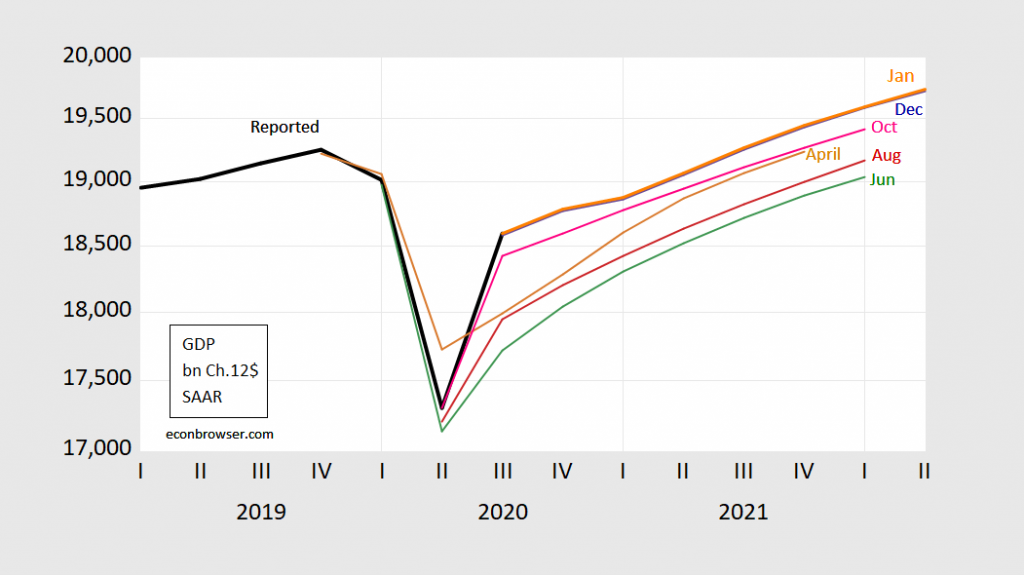 Note that while the implied projected level of GDP is higher in the January survey relative to December, this is hard to discern in the graph because the large drop and subsequent jump in quarters 2 and 3 dwarf the upgrade. The upwardly revised growth expectations are marked starting in Q2.

Figure 2 shows the mean GDP forecast, and the fastest forecasted growth (once again7.8%, once again from James Smith — his forecasting algorithm must be very simple) and the slowest (1.7% from Daniel Bachmann ) over the next four quarters (2020Q4-2021Q3). 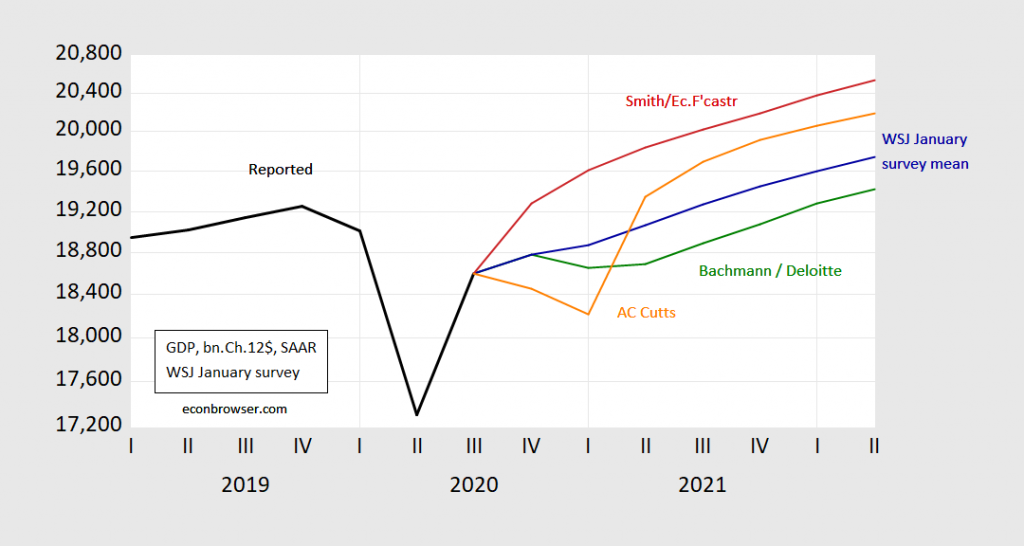 Smith predicts a “V” recovery (defined as reverting to the pre-recession level by 2020Q4, or reverting to pre-recession trend). Only 5 out of 67 individuals forecasts a negative period of growth in the next two quarters. Amy Crew Cutts predicts two negative quarters, implying something like a “W” recovery.

The survey was taken between January 8-12.

Additional discussion of the survey results in the WSJ article.

WSJ January survey in the context of the Trump administration’s current official economic forecast (budget, but not economic, forecast was updated at MSR released in November): 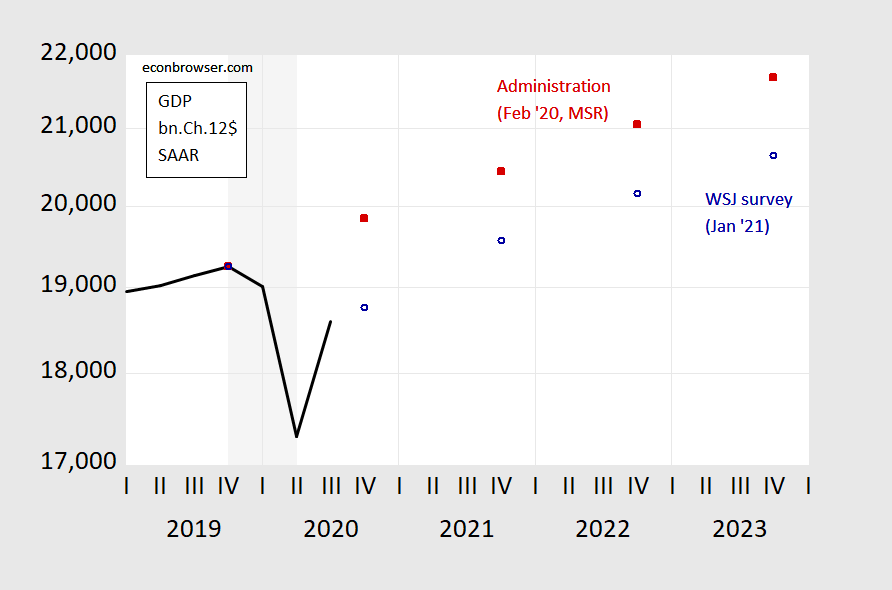 WSJ survey mean compared against nowcasts as of today: 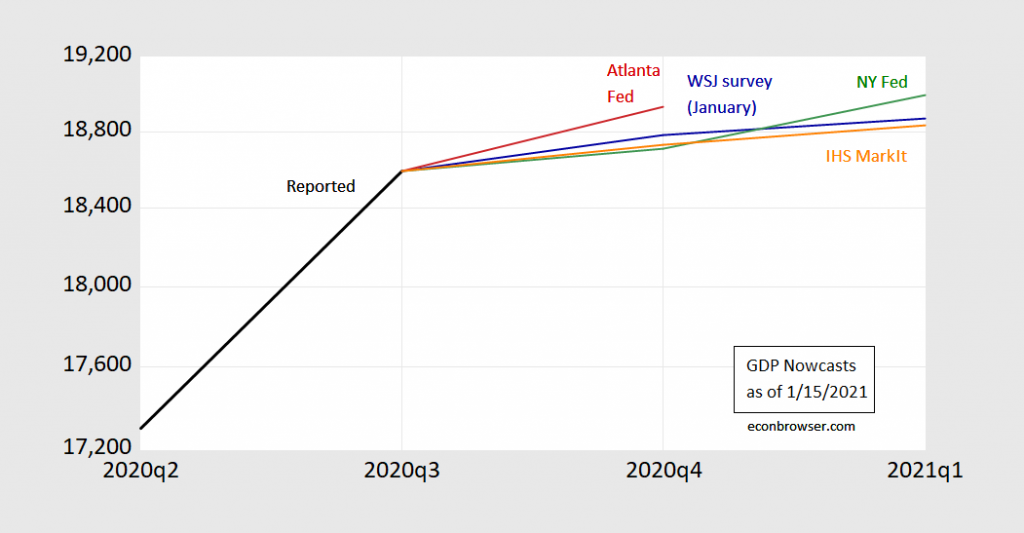