To a 14 year high (in absolute terms, not as a share of GDP). Shrinkage in US-China deficit stalls. 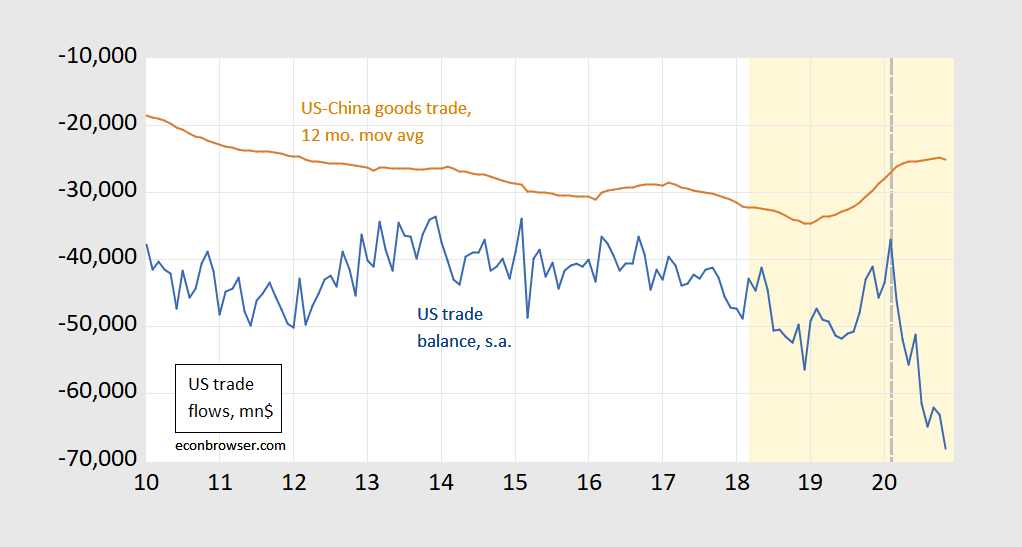 While the trade balance improves slightly during the trade war (shaded orange) pre-pandemic, I’d attribute that development more to macroeconomic conditions. The goods trade balance pre-pandemic was increasing, but from the pandemic onward, has trended sideways, with a downward move in latest months. This is merely an illustration of the point that tariffs and other trade barriers will to a first approximation only re-allocate the trade deficits between countries. 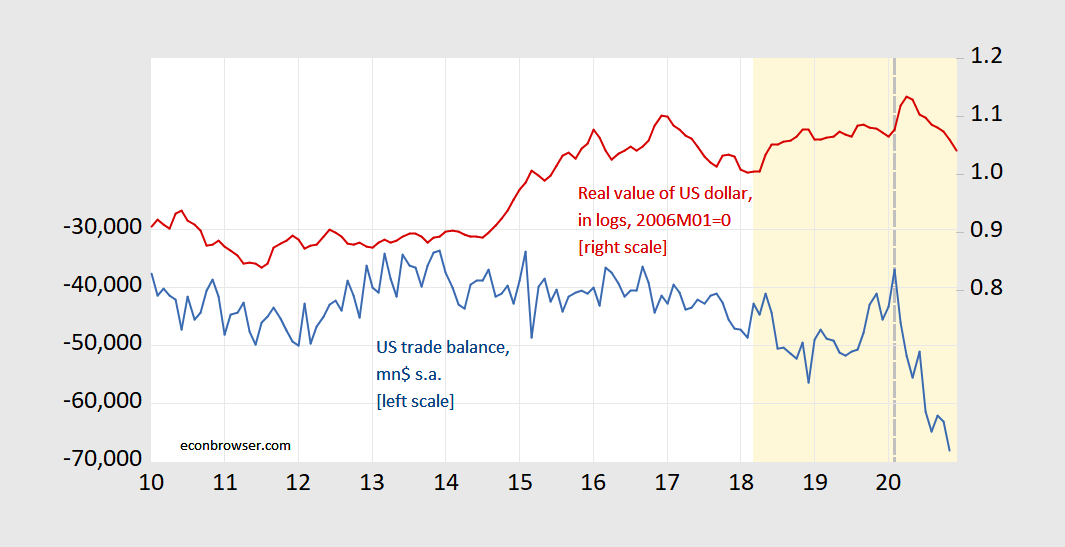 It is interesting to see the rapidly increasing deficit occur against a backdrop of slow economic growth; consumer goods accounted for a large component of the increase in imports, so may represent the shift in consumption patterns specific to the pandemic.

Reader pgl asks how much is due to changes in imports vs. exports. Figure 3 shows that the deterioration in November was driven by import increases. 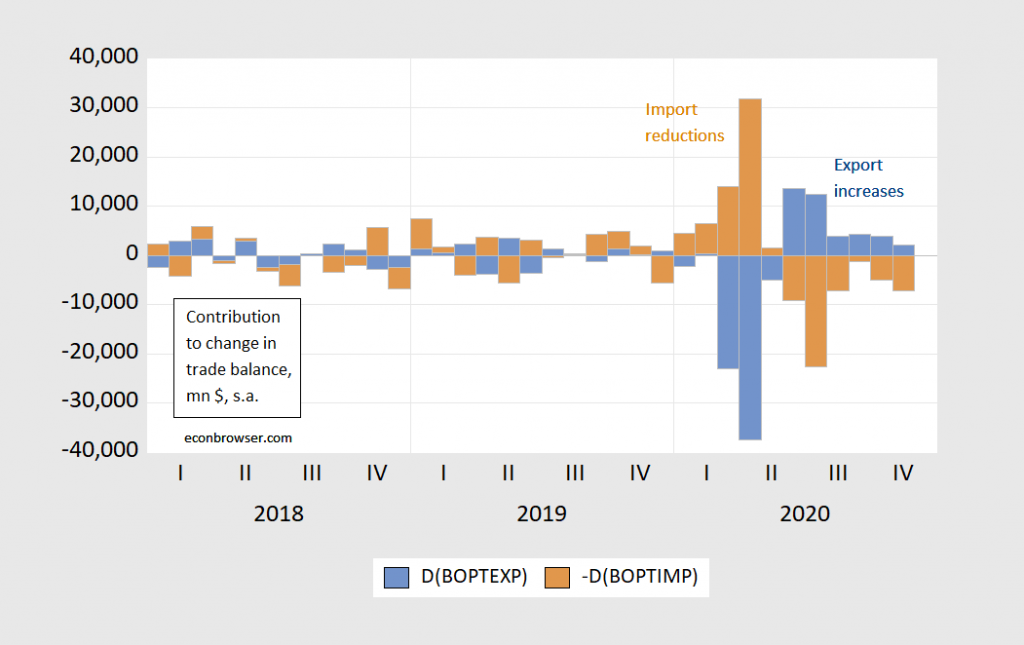 Figure 3: Change in exports (blue bar) and minus change in imports (brown bar), in millions of $ Source: BEA/Census via FRED, and author’s calculations.

37 thoughts on “The Trade Deficit Surges”