No matter how you look at it – use data on China’s imports or US exports – through November, China purchased only slightly more than half of the US goods Trump pledged it would buy over all of 2020 under his Phase One deal. 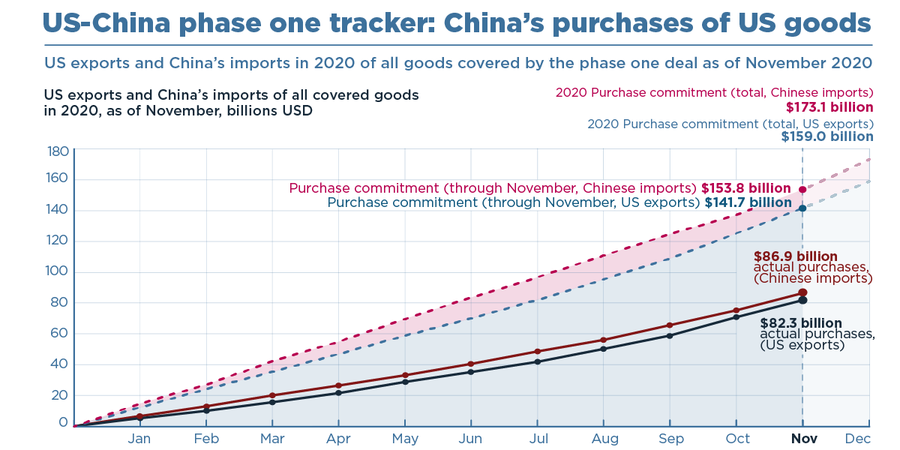