As measured by the February WSJ survey. Even then, mean forecast GDP — presumably conditioned on additional government spending and tax cuts — does not hit potential GDP until beginning of 2022. 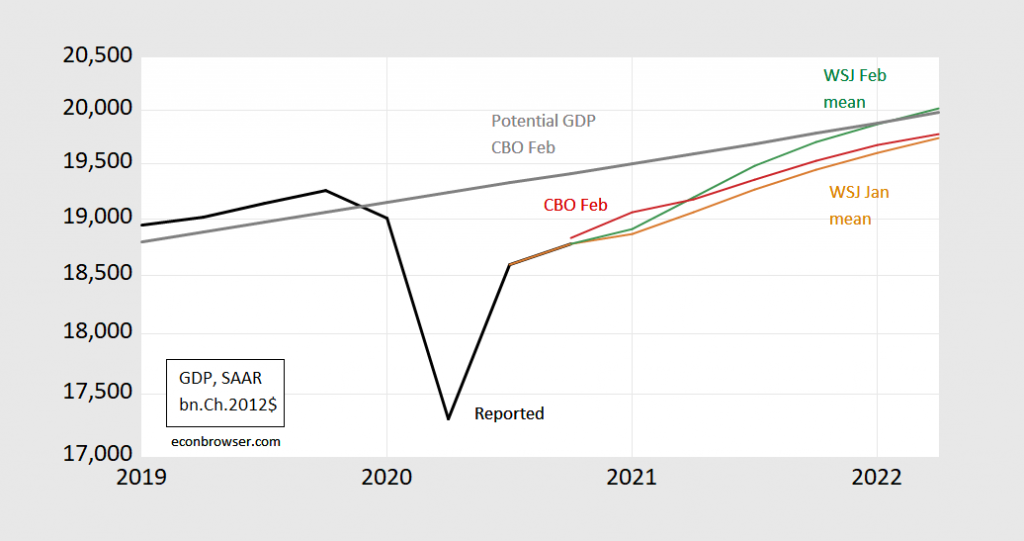 The forecasts are not strictly comparable; the CBO projection is conditioned on current law (so no spending/tax cuts past December). In contrast, the WSJ survey forecasts are conditioned on expectations regarding additional legislation. The January survey takes place a week after the Georgia elections, but before inauguration. The February survey incorporates greater expectations of passage of a substantive fiscal package.

The average disguises an increasing divergence in forecasts. Figure 2 illustrates the dispersion around mean forecast. The highest 2021 q4/q4 growth (Hatzius) and lowest (Roman) are shown below. 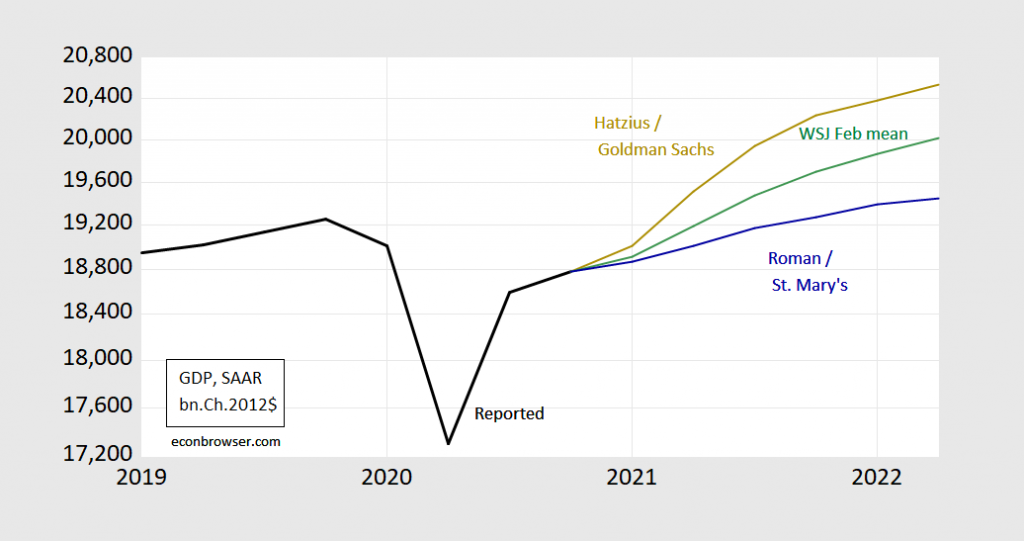