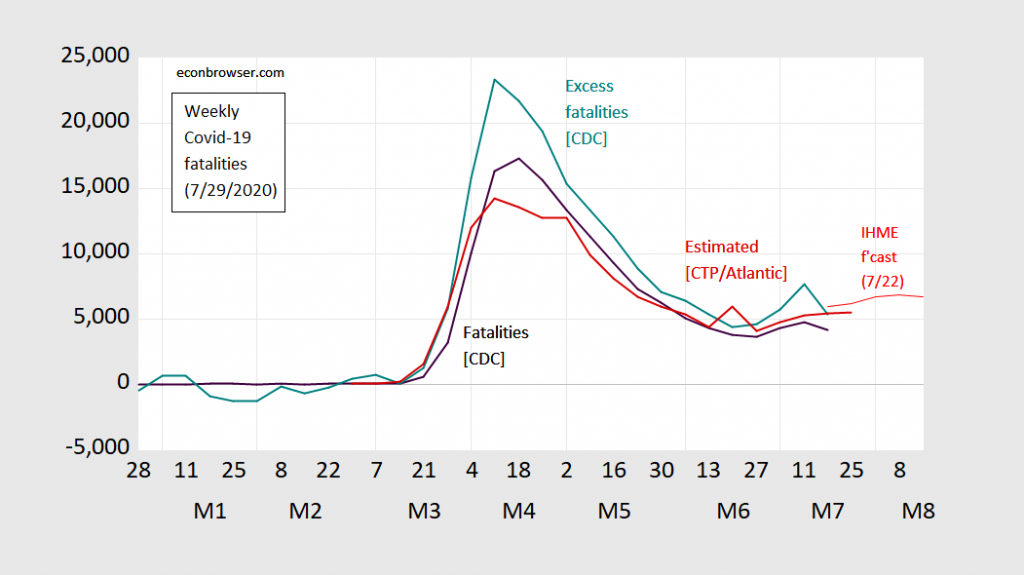 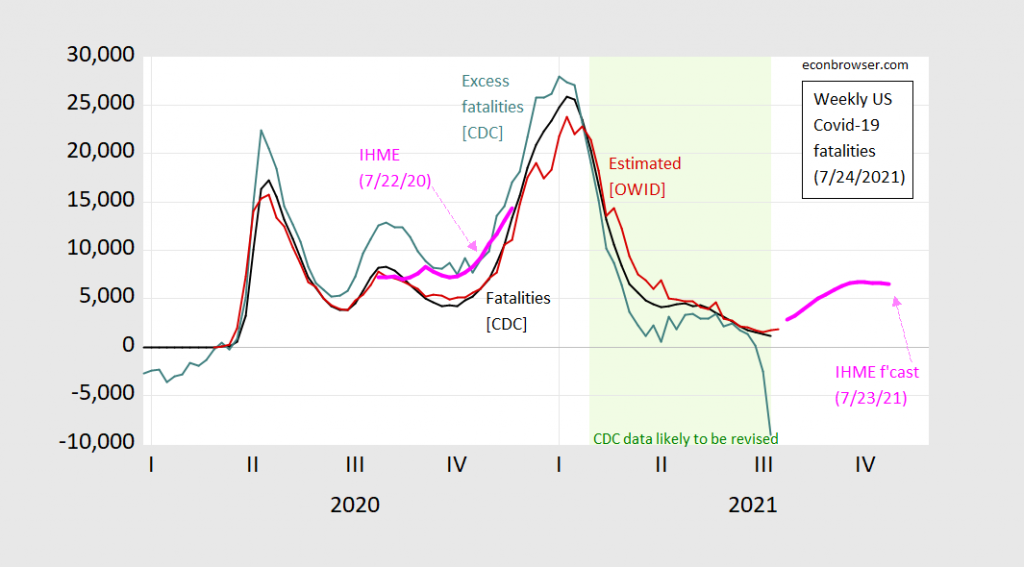 IHME predicted excess fatalities pretty well (as opposed to CDC officially designated Covid-19 deaths, or those reported to Our World In Data). The current IHME reference scenario forecast implies about 60,000 additional fatalities by November 1st. This wave doesn’t seem so bad — until you think about the fact that this is occurring in the summer months, when people are less likely to be inside and in close contact.

For confidence bands for reference scenario, and “worse” scenario, as well as geographic distribution of fatalities, see this post from earlier today.

29 thoughts on “Covid-19 Forecasts, One Year Ago and Today”