Hiro Ito and Robert McCauley have compiled a new dataset of the currency composition of international reserves over the 1999-2020 period.

For an individual central bank, the differences can be striking. Figure 13 for Sweden’s Riksbank is based on Iancu et al. (2020) data, Figure 14 is based on Ito and McCauley (2021) data. 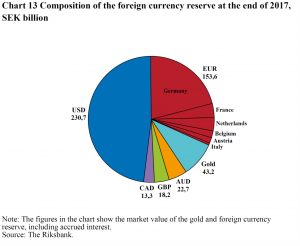 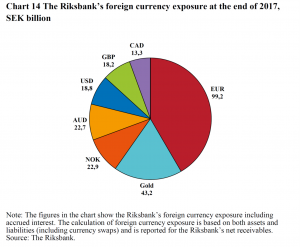 In the aggregate, there are differences between the relevant data sets. The first figure is for USD shares, the second is for EUR shares. 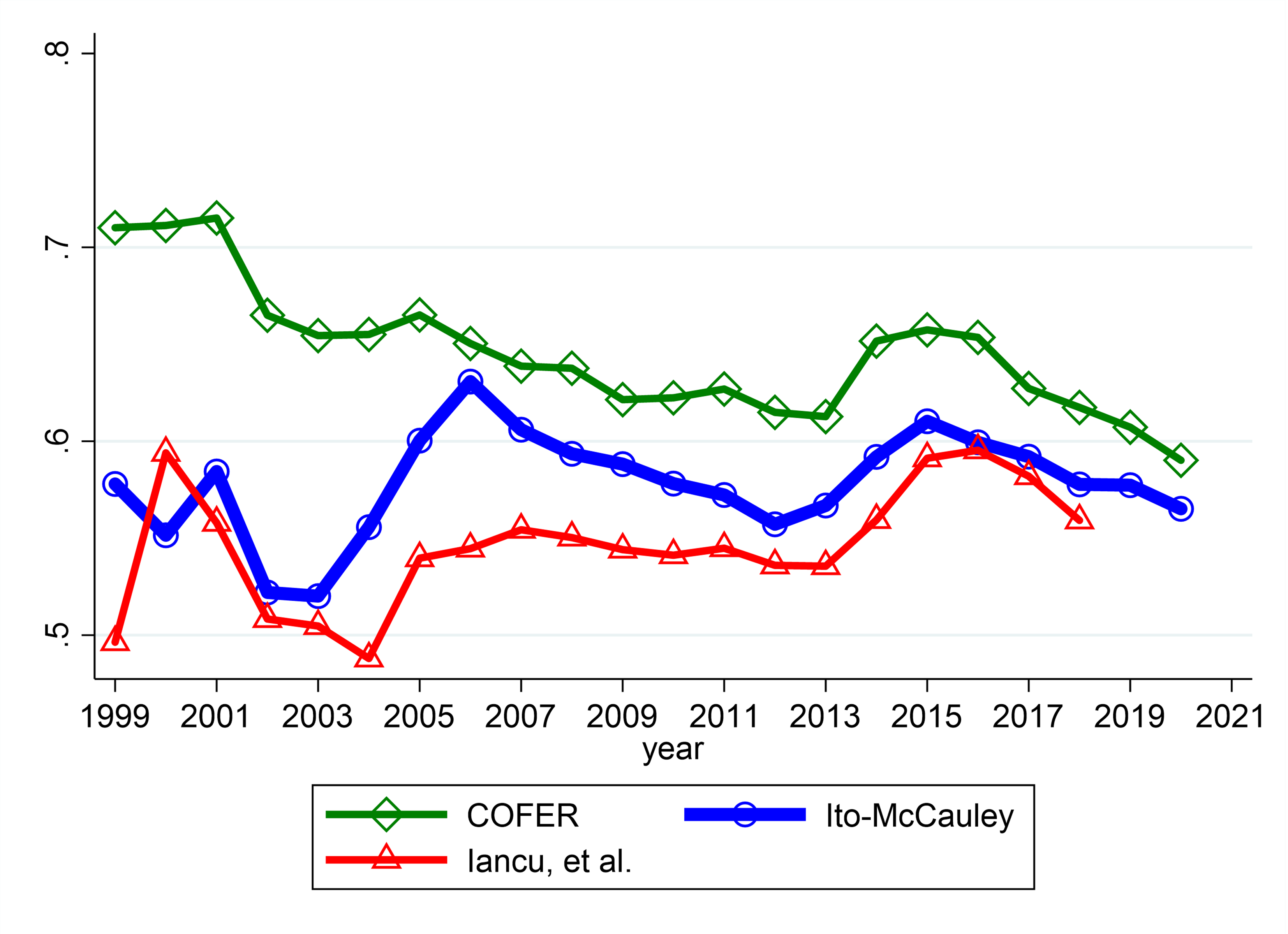 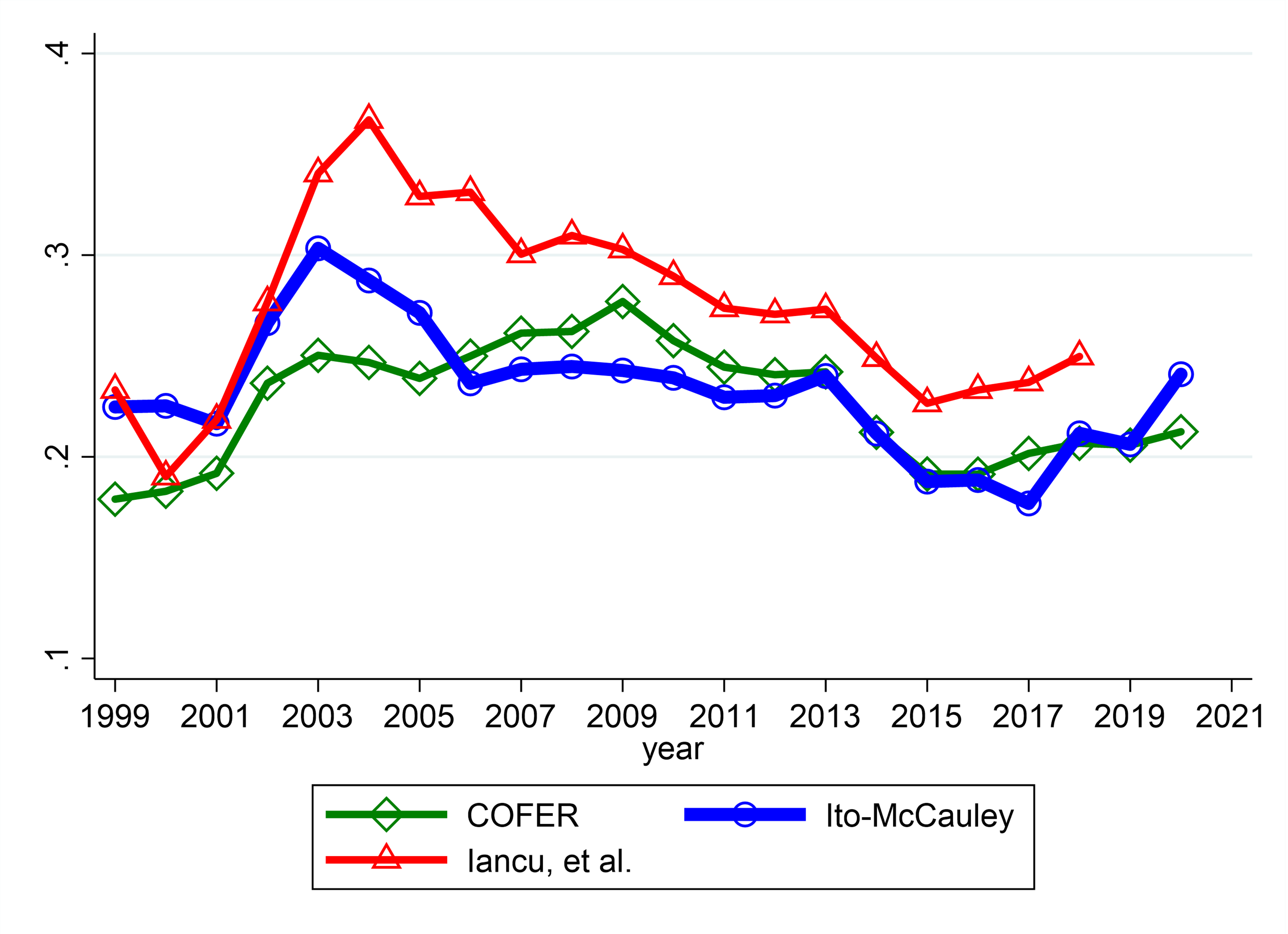 The differences are attributable to coverage (COFER covers in principle all reporting IMF members, while Iancu et al. and Ito-McCauley cover different sets of countries), and treatment of reserves.

Ito’s presentation of the data at the NBER data workshop is here. Previous Econbrowser posts on central bank rebalancing and holding composition. The data set website is here (available in either Excel or Stata formats). Unfortunately, the coverage in this publicly available data set is smaller (63 countries) than that used in Chinn-Ito-McCauley (73 countries), due to confidentiality restrictions imposed by  several Latin American central banks.